The Heavenly Sword of Isa and the Blade of Hades 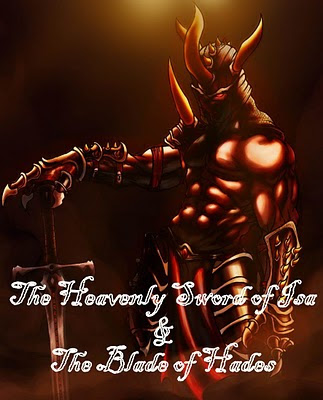 I love this piece....great piece and thanks for such wonderful jibs all the way. I pray and hope the prophecy will in time come true for all kind and loving ppl of the land. God abundant blessing to all.

Damn...almost surreal...I see images from my life-time...from the days after the fall the Banzai Lords and before the Lords of the Olden left till the present. I pray it'll be in my lifetime that the Prophecy by the Ancient Oracle will come true.

Very good. Make this into a film and surely this will be an award winning show.

This is some good shit and beautifully done.

the oracle has spoken and this piece of narration will eventually became the official history of the land when the good triumph over the evils.

May the truth be told and the true course come to pass. Well done.

Happy to note that you are acutely aware of the mythical context in which our political dramas are acted out. Good work, Hawkeye!

Great reading Hawkeye. Didn't catch on until I came to the "Banzai" bit. Then had to start over again. And WOW! Love this kind of allegory writing. In fact I've just launched a blog of my own in somewhat similar style, though my leaning is not much towards politics.Do check it out at http://vildness.blogspot.com/, Feel free to link to it. if it is relevant. Keep it going, Hawkeye!

Hawkeye this is really good work and I could see the great wisdom through some of your writings when you are in the mood.
Do continue and share more of your great wisdom.

I would like to exchange links with your site hawkeyejack.blogspot.com
Is this possible?

Haha Guru, yeah been buzy with work and have been away from home for 10 days now. Hope to be back in KL by tomorrow.

Just finish new post as requested. Anything for the good old guru.

And thanks all the guys for your comments and compliments. Will try to share more stories whenever i get the time.