Akin to a Death Sentence 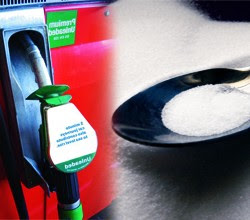 This article from Patrick Lee who wrote to Free Malaysia Today best describe the facts of the recent price hikes in sugar, fuel and gas.
Don't forget that the majority of Malaysians today are a poor lot with 57.8% of the total house holds earning less than RM3,000 a month and another 12.9 % of the households earning between 3 to 4 thousand ringgit a month. These are the greater majority of people making up 70.7 % of total households and certainly the umnoputras are not in this category they are in the upper 5 % category living in 24 million ringgit homes.
Patrick Lee wrote:
Akin to a death sentence

How will the price hike affect Malaysians? For high-income groups, perhaps not at all. While the middle-class may feel a bit of a pinch, it is the lower-income category that will suffer the most.

Raja Nong Chik Raja Zainal Abidin, Federal Territories and Urban Wellbeing Minister, stated that RM3,000 should be enough for just about anybody, especially if you're a city dweller. As long as they “do not live in luxurious places”.

Even without price hikes, many Malaysians are already finding it difficult to make ends meet, much less live in “luxurious places”. A worker from Hulu Selangor's Nigel Gardner plantation may find himself taking home not more than RM600 a month. Many indigenous tribesmen such as the Semai have had to live without basic amenities, such as education, proper roads and even electricity.

Political analyst James Chin says that the increase in fuel and sugar prices would raise a family's expenses by about RM100 to RM150. For the poverty-stricken family, it is akin to a death sentence.
Families will have to cut down on already sparse stocks, and no number of political visits during by-elections are going to assist them.

Just last month, Minister in the Prime Minister's Department Nazri Aziz said that there was not enough money to keep the Public Service Department scholarships going (a decision that was overturned). He also talked about shifting Parliament to Putrajaya, with an RM800 million price tag.

Recently, it was announced that parliamentary speakers and senate presidents were to receive hefty allowance increments, including RM2,500 for hiring servants. Barisan MPs have also been given an additional RM500,000 each, presumably for the benefit of their voters.

And let's not forget the RM800 million allocated for the upcoming palace along Jalan Duta, where many workers there have complained of not receiving their wages.

It is one thing to make a tough, unpopular decision. It is another thing to receive some benefits for yourself after doing so.

Raising the price of essential goods, while saying there isn't enough money for the public, is like adding insult to injury.

The funny thing is, is not a war-torn country with a dearth of natural resources. We have an abundance of natural wealth to keep the country going for a long, long time.

So why we are we running out of money? Why are some communities finding it difficult to put food on the table? Why do we still have people without clean water and electricity?

Then again, why is it so easy to approve of yet another multi-billion ringgit contract without public scrutiny?

While Parliament seems to have no trouble increasing its MPs' wages or considering a Goods and Services Tax, there appears to be little effort made to protect workers or implement much- needed infrastructure.

With the government planning to do away with subsidies by 2020, and with people having to “change their lifestyles” in response, it's going to get a lot tougher for Malaysians to survive on a day-to-day basis.
Read the full article HERE
Posted by Unknown at 11:14 PM