What to do with Outdated Laws? 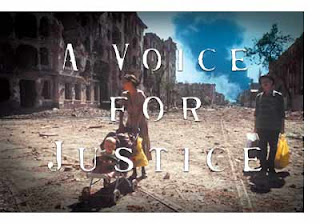 The criminal defamation law begins centuries ago and was enacted in the British Empire in 1792 and apparently the law was to protect breaches of peace as the chivalry of men in those medieval years to call for a duel at the pretext of defense of honor. And here in Malaysia it is a left over of the colonial days where we inherited the British legal system.

However the history of criminal libel is also notoriously intertwined with government attempts to suppress criticism in the early centuries. This law has been unfairly used to protect political leaders and their government which stifle free speech and criticism.

One USA federal court judge recently called the law as “ignominious” demonstrates just how slowly laws are being updated in modern times.

Defamation at most should just be of civil nature where civil charges of libel and slander are brought about in civil courts and should not be of criminal in nature.

A recent report by Human Rights Watch states that the sodomy charges were filed under an antiquated law, a holdover from British colonial rule, that criminalizes “carnal intercourse against the order of nature,” both consensual and non-consensual. Human Rights Watch opposes all laws used to criminalize consensual homosexual conduct between adults, and urged the Malaysian authorities to repeal those provisions while replacing those on non-consensual sexual acts with a modern, gender-neutral law on rape. (Read HERE).

There is a general consensus that laws are not being updated in these modern times and authoritarian regimes have taken advantage of out-dated laws against dissenters and oppositions. And such responsibilities lie not only with governments and political bodies, the legal fraternity like the bar councils and civil societies should hold equal responsibilities in cultivating and setting up the legal infrastructure fundamental for the growth of a democratic nation.

A slogan from Human Rights Watch:

Human Rights Watch believes that international standards of human rights apply to all people equally, and that sharp vigilance and timely protest can prevent the tragedies of the twentieth century from recurring. At Human Rights Watch, we remain convinced that progress can be made when people of good will organize themselves to make it happen.
Posted by Unknown at 4:22 AM

Email ThisBlogThis!Share to TwitterShare to FacebookShare to Pinterest
Labels: ISA and Human Rights, Must Read

who is responsible for update of the law? is it the MPs job.

keep the laws and later used it on the father in law and the son in law and all the umno outlaws.
give them a taste of the same medicine. throw them all to kamunting.

zorro,
Our government is so afraid of us that they are trying to scare us with their draconian laws but the people have had enough and cant take it no more.

anon,
I think it is the function of the AG chambers to constantly review and update our laws by proposing to the government and amendments drafted and than presented to Parliament.

good one flipflop,
Keep the outdated laws for the outlaws but after that than change the laws to be more people friendly and not laws that intimidate the people. laws are made for the protection of the people and not to be used against them.

Minister of Law is in charge of law review and amendment