Anwar Ibrahim to Ride the White Tiger of 2010? 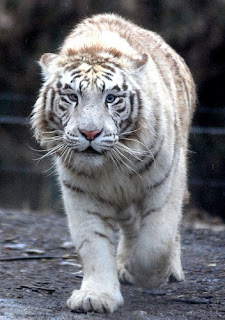 Email ThisBlogThis!Share to TwitterShare to FacebookShare to Pinterest
Labels: Culture, Must Read, Others

I received this interesting CNY wishes from my Chinese client and I wish the same to you too, Sir:

This is such an elightening analysis Sir and as a muslim, Surah As-Sajdah (The Prostration) is a choice recital on friday morning's prayer and amongst the favourites of Prophet Muhammad (PBUH), seeking Allah's guidance to ward us from illness - physical, mental and spiritual.

Thank you for sharing Sir.

the boar is the tiger's best friend?
i thought tigers eat boars for dinner?
so anwar is going to be eaten/destroyed or die in prison

Read one FengShui Master saying 2010 Year of Tiger will see some Big Shot die of Heart Attack.... well if that Big Shot really HUGE Shot like Tiger Wood, then the Big Fat Ugly Fella in PutraJaya is the Chosen-One.

If that FengShui Master saying is true, then 28Million Malaysians will cheering CNY GONG HEE HUAT CAI throughout 2010.

Anything is possible nowadays lor.

Tiger’s best friend is the Boar, the boar eats the tiger and also the... snake

Well done Hawkeye, mighty fine effort and as for anon 11.14 am, goggle "Chinese Almanac" and proceed from there.

Note that there is no religious connotation for the use and application of what the oracles may say or prescribe - all down to 3000 years of observation - the forces of nature at work, albeit from Chinese lenses.

Anwar will be Roast Babi for the Tiger! Go Tiger eat your roast Babi dinner!

Hi Fisha and thank you for your comments and i truly appreciate your thoughts. Gong Xi!

Anon 11.14 AM,
The Tiger and Boar signs are a compatible partners and will see high activity when they are in their compatible year as seen in the Tiger cycle for Anwar and is prominently featured in every Tiger year.

Anon 12.27 PM,
Ha ha yes there is a saying that goes the Pig can overcome the Tiger as in "Pun Chee Sek Lo Fu" and a direct translation means Pretend to be a Pig to eat the Tiger.

Hi casper c,
Thanks and yes it is not of any single religion and it is in fact universal and similar philosophy and stories can be found in the different religious text.

Anon 2.08 PM,
Anwar is of the Fire Boar and he will be the one doing the roasting. Anyway they are friends the Tiger and Boar and will somehow eventually work together towards positive ends.

This is an amazing insight Hawkeye.

From your analysis we can see that something is sure to happen this White Tiger year and a battle may be coming but sure something will happen to Anwar.

Lets pray and hope for divine help to fight this evil bastards!

As far as I know, we will just round up more tigers and the boars to be released on the street!!!!!!!!

Hawkeye.
How will Najib be? and he is the snake sign. If Najib fall than Anwar be good.

Great work. here's a thought, check how the Tiger fares in August in relation to Anwar, that will give you closure on the prediction.... I hope The White Tiger will help him, but the cosmos indicates otherwise, or that vat an astrologer shared.

We will march to Putrajaya with the Tigers and the Boars.