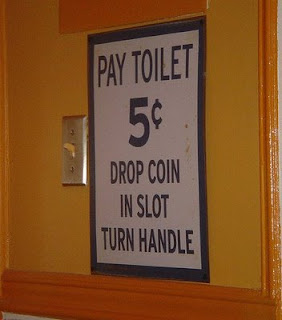 On the June 13 2009 PKR (Parti Keadilan Rakyat) held its Extraordinary National Congress where its members voted for radical change with the aim of enhancing democracy to the party, one of the major changes adopted is the direct election by every members of the party and the tenure of the party president to a maximum of three term or nine years with party election every term of three years.

PKR was established after the umno model of representation system consisting of delegates only given the authority to vote as with all the Barisan National component parties which is susceptible to manipulation, bribery and corruption. As in umno where only some 2000 delegates elect the president which evidently goes on to be appointed the Prime Minister of the country. This system is outdated and has been proven that it is not the best of process or system to get the best able leader to lead their party and country. And this process are easily manipulated as like the BN component parties which on many occasion has even voted (by the small number of delegates) to have party elections being postponed and put off or the delegates voting for a no contest to the incumbent leaders.

Congratulations to PKR for this milestone as a step towards true democracy for . The process of direct election is the fundamental structure and the basis of the philosophy of democracy where the right to lead lies with the people. It is in recognition of the most sacred rights of a one man one vote principle of an election in a democracy and to maintain that every individual vote is of fair and equal count or value. And once this principle is breach it is usually where and when the process of democracy has been compromised and the objective of democracy which is to uphold the universally accepted human rights to basic freedom and liberties will be derogated and only to further degenerate as once your vote losses its fair value that is when you know you have been cheated of the most basic right of the sacred of being a citizen.

Evidence (great post here) that SHE was not displeased by the late dinner, huh?

hahaha, you sure are sharp guru.

slept early and this post came during the midnight pee so just had to get it on.

Mr Hawk,
Malaysian voters has been short changed all this time and what is the election commission doing about this and why the political parties is not protesting to give the voters a fair vote.

Apparently, the concept of gerrymandering crept into Malaysian politics during the late 90s with the 1999 GE being the 'pilot project'.

It must have been contrived to surreptitiously benefit BN in view of the Reformasi movement at that time.

However, I think there is an unwritten rule that the variance between parliamentary constituencies must not be more than 20 percent. Otherwise, it would give unfair advantage to the incumbent government of the day.

But the again, with the EC acting like an extended appendage of UMNO, fairplay can take a flying leap out of the 88th floor of the Twin Towers, right.

Bro, apart from RPK, not many have attempted to challenge the EC to address the gerrymandering anomaly. The idealism of 'One Person, One Vote' should be re-visited prior to GE13.

Note: It is written into the Malaysia Agreement that 25 percent of parliamentary seats must be allocated to East Malaysian states i.e. 56 seats out of the current 222. In fact, I heard it was previously 33 percent but TDM changed that in the 90s.

hi anon,
the election commission's job is to make sure Bn capture as many seats as possible. Opposition parties have protested every time a delimitation exercise is being conducted and what i heard is that they are in fact now starting to draw the lines again for GE13.

The democracy we have here in this country is called de-mock-crazy.

shar the man.
thanks for dropping by. yup and so i heard the so called malaysia agreement is at 25% of P seats but than againthis are all so long ago and no longer relevant today and just maybe we the people could press for true democracy.

BN is trying to secure their base in East Malaysia. And just hope that by GE13 Pakatan are ready and could just erode BNs hold in the East.

My thoughts are that if we the people could get 2/3 of the seeats in the peninsular which will adds up to just over 51% or about 114 seats out of the total of 222 seats and that is provided that no further gerry mandering by the commission.