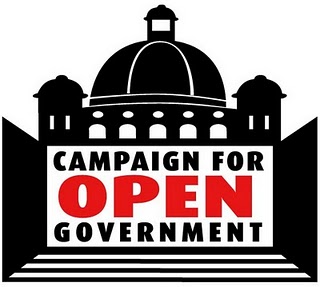 When Brazil’s government buys anything from fighter jets to a fancy villa, details are available online within 24 hours. Such disclosures are a powerful way to combat corruption, and are a model for official openness that could inspire other nations.
Brazil’s online portal started in 2004. Among its contents: information about Brazilian outlays in advance of hosting the 2014 World Cup and the 2016 Olympic Games. The site includes an online channel for whistleblower complaints.
Read more »
Posted by Unknown at 3:33 AM 1 comment: Links to this post

Does UMNO controls the Judiciary?


Faced with three options as to whether he will testify under oath from the witness stand, giving a statement from the dock as the accused, and keeping quiet, Anwar Ibrahim has chosen the second option.

In his testimony to the court, which is carried below in full, the opposition leader explains his decision to speak from the dock, saying he believes the circumstances surrounding the trial obviate any chances being treated fairly if he testified from the witness stand.
"Yang Arif has created a position under which I cannot give evidence under oath.
"I say, with all the force at my command, that I would have been prepared and willing to give evidence under oath but for the handicaps foisted on me, in the manner YA has conducted the trial and in the manner in which the Court of Appeal judgment dated 6th July, 2011 would have come to the notice of YA with regard to what I have stated herein before."
Statement from the dock

My name is Anwar bin Ibrahim. I am the leader of the Opposition in Parliament. In the 1990s, I was the Finance Minister and Deputy Prime Minister until September 1998 when then Prime Minister Datuk Seri Dr Mahathir bin Mohamad sacked me after I had refused to resign. He had told me to resign or face dire consequences including criminal prosecution for alleged sexual and corruption offences. I refused and all hell broke loose.

My unceremonious and grossly unjust dismissal simultaneously orchestrated with a trial by media under Mahathir's complete control triggered mass and widespread demonstrations throughout the country and launched the movement for change and reform known in our history as the Reformasi era.

After a series of show trials during which every rule in the book on evidence and criminal procedure was violated with impunity at the hands of the prosecution and the courts, I was convicted and sentenced to a total of 15 years.

The charge against me
First and foremost, I categorically deny the charge against me. I want to state in no uncertain terms that I have never had any sexual relations with the complainant Mohamed Saiful. His allegation is a blatant and vicious lie and will be proved to be so.

This is a vile and despicable attempt at character assassination. In this regard, let me reiterate that they can do all they want to assassinate my character and sully my reputation and threaten me with another 20 years of imprisonment but mark my words, they won't be able to cow me into submission. On the contrary, it only serves to fortify my conviction that the truth will eventually prevail. Come what come may, I shall never surrender.

With apologies to Jean Racine in Phaedra:

“You know how well your tyranny favours my temperament and strengthens me to guard the honour of my reputation.”

Yes indeed, I will guard it with my life if I have to. And if I may bring the message closer to home, let me quote the words of Nelson Mandela in his speech made from the dock in the famous Rivonia show trial of 1963 under the Apartheid regime:

Back in 1998, blindfolded and handcuffed, I was beaten senseless by the Inspector General of Police and left to die in the lock up at the Federal Police headquarters.
However, it was by the grace of God that a few of the rank and file of the police took pity on me and nursed me to recover from the near lethal blows. There was then a cover up by Gani Patail (now the Attorney-General) and Musa Hassan (the IGP at the time that I was charged in this new episode) with the full knowledge and connivance of Dato' Yusuf, the current chief prosecutor in this trial.

All these personalities were linked in one way or the other with the 1998 show trial and more insidiously with the suppression of evidence in respect of the black eye scandal and attempts to pervert the course of justice.
These are the same personalities who are now actively involved in the current prosecution against me. Res ipsa loquitur, as they say, but in this regard I'm not talking about negligence but rather proof of criminality in this heinous plot betraying indeed “the deep damnation” of the conspiracy.

Read more »
Posted by Unknown at 1:48 PM 3 comments: Links to this post 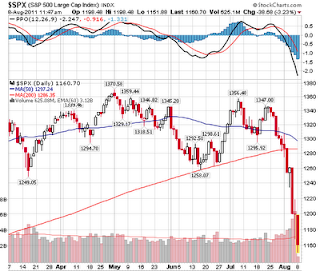 Some of the guys down at the bar ask me what does QE2 means, well i told them that QE2 is not Queen Elizabeth the 2nd but means "Quantitative Easing" and the 2 means "again" the second time. And this friend of mine who is an Engineer added "wtf is that" and the economy?

You see most people have heard this term from the financial papers or over the news especially with the recent Market Crash or more appropriately, It's a damn shit Meltdown! That means more of it to come on a much more prolonged period. A crash could be just a temporary reaction to an event but a Meltdown is a over a much more longer period due to some protracted long overdue inherent critical problem in the economy that remains unresolved.

This finance guy from the Insurance company added that the US Federal Reserve (US Central bank) has just announced that they will keep the interest rate low for the next two years and that should help the economy in terms of lower cost of funds. Well we could easily translate what the Fed is actually saying is that they are expecting the economy to be real bad for the next two years and if the value of your money as measured by the interest rate is at 0%? And at this rate of 0% interest you probably need to pay the bank for keeping your money. What does it tell you when the value of your money goes to zero percent interest?

Anyway maybe a more profound explanation about QE could be found in this video from CNBC. 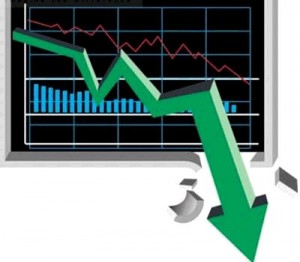 The Financial Market Plunges to new lows for the year today with the US market losing more than 10% from the high in April this year. this is the worst performance since the 2008 global financial crisis.

Everything except for the US dollar is falling off the cliff, this is a Crash of the global financial markets. The US markets plunge more than 512.76 points or down 4.31%, Oil is down 6%, Gold fell by about 1%, Silver plunge by over 7%. The european markets all closed with heavy sell off by more than 3.00%.

Will this trigger a Global Financial Meltdown?


Posted by Unknown at 5:48 AM No comments: Links to this post 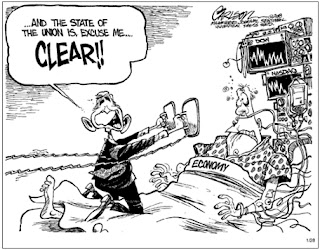 It is certainly good news that Congress and the White House seem to have an agreement that'll allow the US to pay its bills beyond today. USA shouldn't stand for Unable to Spend Anymore.

I'm assuming, of course, that the budget deal struck over the weekend that is short on cutbacks and long on "we'll take care of it laters" will pass the Senate today.

But lost in all the chatter about how much federal spending needs to be reduced is the fact that the US economy is getting weaker by the month.

I've often mentioned that economic growth would look like it was weakening in the summer because the spring's statistics were overly optimistic. Now that's happening.

The economy isn't going to hell, as we like to say. Not yet. But it certainly is somewhere in the vicinity of purgatory.

Yesterday we learned that manufacturers in this country weren't doing nearly as well as the experts thought -- and the experts weren't very optimistic to begin with.


Posted by Unknown at 1:38 AM No comments: Links to this post