Petition For FREEDOM of Karpal Singh 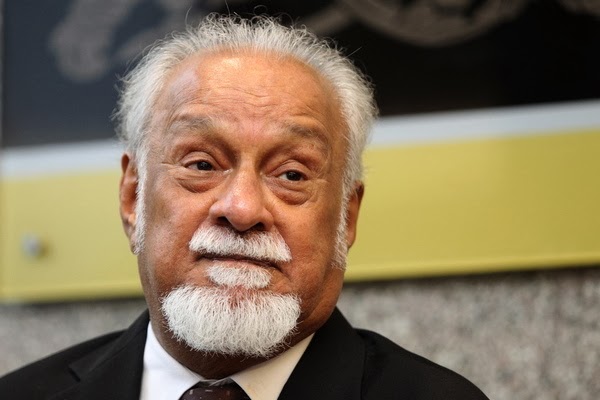 Rakyat Times is launching an online petition to strongly condemn the conviction of Mr. Karpal Singh under the Sedition Act 1948. He was found guilty for allegedly uttering seditious words against the Sultan of Perak at the height of the Constitutional Crisis in 2009. Under section 4(1) of the 1948 Sedition Act, Karpal now faces a fine of up to RM 3,000 or imprisonment of up to three years. The sentence will be delivered on 11 March 2014.

In recent years, the Sedition Act and other restrictive legislation have been allegedly employed to silence critics of the executive. Mr. Singh was last tried for sedition in 2002 with charges being withdrawn during trial widely believed to be due to numerous representations from the international legal community. Mr. Singh has however suffered imprisonment under Malaysia’s internal security laws in 1987 and again in 1989 widely perceived to be linked to his opposition to then Prime Minister, Tun Mahathir Mohamad.

Amnesty International issued a statement in 2001 affirming Mr. Singh, a prisoner of conscience. The statement also strongly criticized the use of the Sedition Act, and other restrictive legislation, to stifle fundamental rights of freedom of expression, association and assembly in Malaysia.

This is a very important trial, not only for Mr. Singh, but also for the people of Malaysia who have elected him to office. As chairman of the largest opposition party, the Democratic Action Party (“DAP”), Mr. Singh is a core pillar of Malaysian opposition politics. The Malaysian constitution disqualifies anyone imprisoned for more than a year to sit in Parliament for a period of five years beginning with the date on which the convicted person is released. The alleged orchestrated removal of Mr. Singh will therefore be tantamount to putting an end to opposition politics in Malaysia.

As a representative of the freedom loving people of Malaysia, we would like to humbly request that you consider issuing a statement in support of Mr. Singh who is not only a distinguished lawyer and politician but also a father-like figure to all freedom loving Malaysians.
Please find attached names of fellow Malaysians who are strongly supporting this effort.
Rakyat Times.

PLEASE SIGN THE PETITION HERE
Posted by Unknown at 10:33 AM