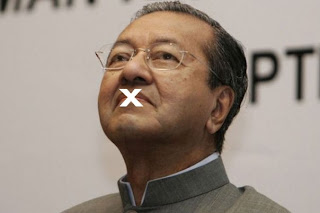 Dr. Mahathir's financial fiasco are plentiful that had cost the nation Billions and Billions of Ringgit and would require much time to compile and list but just to name a few are like Perwaja Steel, Proton  which later had to be bailed out by Petronas and the Bakun Dam project which is still in Limbo. And not forgetting that the Port Klang Free Zone Scandal of 12 Billion Ringgit was conceptualized during his time as the Prime Minister.

Here's wishing Apanama countless pies in his face and no more incarnations - except 6,000 lifetimes as an industrial chicken.

Yeah zorro, M has into his talking cock season again. Sick of listening to him.

Antares, hahaha.. 6000 lifetime as an industrial chicken might be good medicine.