The Nation My Country 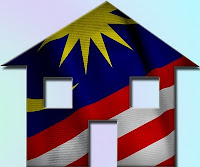 The Nation My Country

The chinese written language is one of the oldest language in the world which had been traced back to more than 3000 years ago of the oracle bones inscription from the Shang dynasty and its origin is today still widely debated as some scholars are of the opinion that written language has existed in China much more earlier.
There are many archaeological evidence of earlier written language of China like the discovery of the "Daimadi - Ningxia” cliff carvings of some 8000 different characters dating back to 6000 to 5000 BC (about 8000 years ago) which are reported to be similar to the oracle bone writings of the Shang dynasty.
The earlier written characters are progressively describe as pictograph/pictogram, ideograms and logograms and basically means that the characters developed from pictures and images to represents an entire idea, concept or precept.
Today psychological studies has proven that pictures or images could deliver and carry an influencing and lasting message much more so and is faster than words. The student of political strategies should understand this concept, remember that “A Picture Paints a Thousand Words”. This brings me back to the year 2004 in the USA in the Presidential Election between George Bush and John Kerry where Bush emerge the clear victor. There is this debate during that time amongst students of strategy on the Bush campaign where for the first time in an election there was no main campaign Slogan but lots of very subtle images were used all throughout the campaign that mostly went unnoticed by the John Kerry camp. (We will discuss this strategic approach in other postings and for now we shall return to the history and philosophy of chinese writtings).
What is unique and distinct to the chinese language is that they are cognates and are pronounced differently from different languages or dialects, the dialects are actually a language by itself. So, the written language would be spoken differently like in Hokkien, Hakka, Cantonese, Teochew, Hainan and etc.
The “Chinese Almanac” states that there are 90 over different races in China and in 1998 a study was initiated and lead by the chinese academy of medical science which conducted generic samples of the major races and their studies show that there are generic differences of the 56 ethnic groups especially of the people in the north and south of the Yangtze river.
China is of multi ethnicity and languages with the written language as the unifying medium, a written article in China would be universal and understood by all different races and yet today in China all are known and recognised as a Chinese. However the modern chinese will still describe themselves as a northerner or a southerner chinese but a chinese they will call themselves and nothing else. The people of China will not identify themselves as a hokkien or a cantonese but at most say that they come from Fujian (Hokkien) or Guangchou (Canton) region, the chinese in china will never say that they are a hokkien or a cantonese.
The written characters or text of the chinese language are a picture word or as my prefered description is that of an image word. The written characters records historical events and are of philosophical inclination and should be read in context unlike the western alphabetical system where it is read word for word.
In 1956 and 1964 the Chinese government promoted the use of simplified texts of the written characters and as todate you will find the simplified text used in China and Singapore and partly used in Malaysia whereas Taiwan, Hong Kong and Macau still use the Traditional texts. The traditional text are where you will find the intrinsic or essential historical and philosophical values or qualities.
And as such let us examine the philosophical qualities and the wisdom of the chinese character for a “Nation and Country". The character of a nation/country is a compound word of the combination of the character for “State” and “Family” as follows:
國家
(guo-jia)

The first character on the left with the box is the character for “guo” meaning state/country and the other character is “jia” the character for family. And in combination they literally mean a country of families which gives you the compound word for “Nation”.

We could break down the characters further to see what wisdom lies in within as follows:

The character for state or country “guo” consist of an outer square or box signifying the boundary of a country and in within this boundary the character on the right is “ge” meaning spear or signify weapons that is required to protect the country.

The character “guo” reads as a country requires defence (spear or “ge”) of its boundary to protect the people in within who are united as one (mouth “kou” signify the people above one “yi” meaning in unity as one people of the country).

Lets look at the character for family “jia”.


The etymology for “jia” (family) is quite simply; A pig 豕 under a roof 宀. The top character 宀 (mi) meaning cover as in roof and the character below 豕 “chu” (pig) that makes up the word for “jia” or family.
You see, the pig is one of the earlier animals domesticated in ancient china and it has been estimated that more than 7000 years ago the pig live in the house with the families. The interpretation is that the pig symbolizes happiness,intelligence, good health, productivity and prosperity as a representation of an ideal family in a nation.
The word for Nation or Country is “guo-jia” that is significant of good governance that brings all the people together as one big family under the peaceful protection of those who rule according happiness and prosperity to all within its borders.
The chinese philosophy is that the country comes first and without a country there will not be much of a family.
"There lies my country and in there lies my home (family) where you will find my farm on my land where I toil."
~~~~~~~~~~~~~~~~~
"It matters not what I am or who I am but it matters where my family am and where they are is where my home is and there lies my country and I will die for my country."
~~~~~~~~~~~~~~~~~~
“The Strength of a Nation is Derived From the Integrity of the Family” - confucius-
Note: "Guo-Jia" is commonly refers to as country.
Ningxia Cliff Carvings HERE and BBC Reports HERE
Posted by Unknown at 4:40 AM

Email ThisBlogThis!Share to TwitterShare to FacebookShare to Pinterest
Labels: Government, Others, Politics

In chinese texts is there a different description or word for country, state and nation?

there's a pig in the family! this is educational for english speaking chinaman like me.

Today you can just pack up and migrate. Who cares about this stupid racist country. Let them rot and destry themselves. This country has all the conmen poltiicians. All of them are the same umno and pakatan all are racist and extremist and politics is their buisness for making money.

Anyone has been to a pig farm will know how noisy when pig are hungry. When the house with more than 50% pig population the stupid ambient is just like a pig farm.