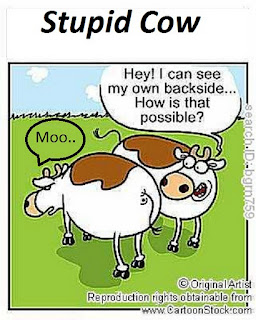 The stupidest comment of 'em all
by Thomas Lee Seng Hock

I am simply amazed and stunned that a person of Tan Sri Muhyiddin Yassin’s status can come out with such a stupid comment on the case of Lim Guan Eng’s son.
The Deputy Prime Minister cum Education Minister (sic) has remarked that Guan Eng’s denial of the sexual harassment claims against his son was “inadequate”.
Muhyiddin told the media on Saturday 22 October 2011 that if the Penang chief minister “thinks it is important to correct the information, then he has to come up with a strong statement; mere denial is not enough.”
Either Muhyiddin cannot read or he is not so intelligent to understand what the media have been reporting during the last few days. Not only has the principal of the school where the alleged incident was said to have committed come out to refute the lies by the Umno bloggers, but the so-called victim whose photograph was used by the unethical and uncouth Umno people has also issued a strong statement refuting their wicked lies.
What “strong statement” does the deputy prime minister and Umno deputy president expect Guan Eng to out with to counter the evil personal assault against his son? Any simple person with just simple common sense will know that the whole mischievous fiasco was fabricated with the deceitful intent of sabotaging the political achievements of Guan Eng, especially so after the strong denial by the school principal and the firm refutation by the young lady named in the false accusation.
The most crude and crummy statement by the deputy prime minister is surely a very sad reflection of the quality of our federal leaders, whose intelligence is generally found wanting. How can we achieve the status of a developed nation and high-performance citizenry when our deputy prime minister, who is also the education minister, is a person of such irrational and irresponsible character?
Muhyiddin’s performance as education minister has been the subject of contemptuous ridicule and derision among the educated class and intelligentsia of the nation, especially his inconsistent and fickle policy on the use of the English language in the teaching of science and mathematics. His constant changing merry-go-round manaeuvre of the schooling system is confusing not only the students, but the teachers and parents, too.
Read More HERE

If DPM Muhyiddin was a smart man,education standards in Malaysia wouldn't have gone to the dogs.After all who is the Education Minister.It is Muhyiddin,isn't it.Or has Toady Abrahim taken over,as he took over the Home Ministry from hishamuddin.

dumbos are looking for another saiful.

Yes, Muhyiddin and Hishammuddin are scary..how in the world did they get to occupy such important positions when they are obviously incompetent.