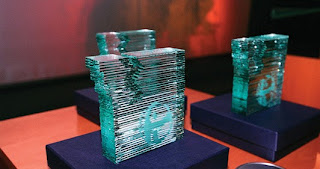 " Fighting corruption requires more than tools and programmes; it requires role models who inspire. Transparency International’s Integrity Awards highlight the role models who have demonstrated a commitment to their values and beliefs by their courageous actions. Integrity awards winners provide a sense of hope and empowerment – they demonstrate that it is possible for ordinary people to do extraordinary things. Integrity awards winners are the heroes of the fight against corruption."
- Huguette Labelle (Transparency International Chairperson) -
The Transparency International Integrity Awards were created to recognise the courage and determination of the many individuals and organisations fighting corruption around the world. The Integrity Awards winners are a source of inspiration to the anti-corruption movement because their actions echo a common message: that corruption is surmountable.
Launched in 2000, the Integrity Awards honour the bravery of individuals and organisations around the globe whose efforts are making a distinct difference in curbing corruption.
The programme's goal is to give greater recognition to the efforts of journalists, civil society activists, government and corporate whistleblowers who work to investigate and unmask corruption, often at great personal risk.
Corruption continues to rob the poorest of this world of hope and opportunities, and to undermine even long-established democracies. Join us in giving the deserving individuals, who fight this scourge, due recognition for their determination and bravery.
The 2009 -2010 Integrity Award
(Bangkok, Berlin - 12 November 2010)
Three courageous individuals are honoured today as the winners of the prestigious Transparency International (TI) Integrity Awards 2009-2010, given to people for outstanding contributions to the fight against corruption. 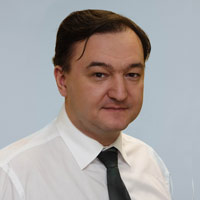 Sergei Magnitsky’s commitment to integrity ultimately cost him his life. A Moscow-based lawyer, Magnitsky agreed to testify against senior Russian officials, who were accused of using assets to fraudulently reclaim US $230 million in taxes. In November 2008, Magnitsky was imprisoned on charges of conspiracy. Even when his health failed he refused to withdraw his testimony. When medical treatment was allegedly withheld, he died in custody.
“Sergei Magnitsky did what to most people seems impossible: he battled as a lone individual against the power of an entire state. He believed in the rule of law and integrity, and died for his belief. Magnitsky, his heroic fight, and the ideals he stood for must never be forgotten”, said Sion Assidon, Chair of the Integrity Awards Committee. 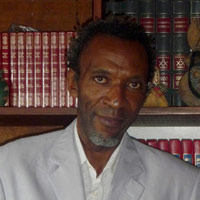 In 2008,Grégory Ngbwa Mintsa agreed to join TI France and civil society group Sherpa in a lawsuit to investigate how three African leaders were able to acquire luxury properties and goods in France. Despite threats, imprisonment and a freeze on his salary, Mintsa refused to drop the case. On 9 November 2010, a ruling by the criminal chamber of the French Supreme Court (Cour de Cassation) allowed for an investigation to go forward.
”TI welcomes the ruling by the Cour de Cassation. Mintsa’s bravery in joining the case, and continuing to support it despite imprisonment and intimidation, has inspired people around the globe and sets a true precedent for challenging impunity,“ said Assidon. 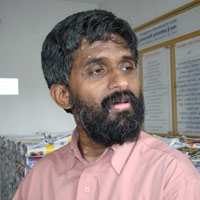 Better known by his pen name Poddala, Attotage Prema Jayantha, was chosen for his dedication to exposing injustice in Sri Lanka’s health, education and transport sectors over a period of two decades. One of his reports uncovered what some officials have called Sri Lanka’s biggest ever tax scam, involving the alleged misappropriation of RS 3.6 billion (US $37 million) in Value Added Tax.
“Poddala effectively used his pen to fight corruption and promote good governance in Sri Lanka. Despite making powerful enemies, the activist in Poddala did not allow stories to be simply printed and then be forgotten”, said Assidon.
Natalia Nikolaeva Magnitskaya will accept the award on behalf of her son at a ceremony at the 14th International Anti-Corruption Conference. Accepting on behalf of Jayantha will be J.C. Weliamuna, member of the TI Board of Directors and Executive Director of TI Sri Lanka. Mintsa is in Bangkok to accept his award.
Suggestion: Transparency International of Malaysia should have a National Integrity Award for Malaysians in the fight against Corruption.
The 14th International Anti-Corruption Conference
(10-13 November 2010, Bangkok, Thailand)
Restoring Trust: Global Action for Transparency
With the first decade of the new millennium drawing to a close, transparency now has a place on global, regional and national agendas. It has become fashionable for political candidates to campaign on anti-corruption and good governance platforms. International agreements have been ratified and international firms progressively adopt compliance and oversight programmes. Yet trust in institutions on which our future depends has eroded.
In the aftermath of the financial crisis the challenges threatening the rights and livelihood of populations across the world have increased while hope for greater social justice has faded: Efforts to reduce poverty and to deliver on promises for sustainable development, human security, curbing illicit trade and climate control have not yet resulted in positive change. Around the world, headlines showcase the continued impunity and the rise in organised crime and illicit financial flows. When trust in governance is questioned and confidence in institutions is hollow, apathy and insecurity flourish, creating an environment ripe for corruption.
This apathy must be combated with a compelling sense of urgency to address challenges head on. Many of the right promises have been made – the task at hand is to ensure that commitments are honoured. To restore people’s trust and rebuild the credibility of institutions, governments must move beyond expressions of political will to concrete action; the private sector must put a check on bribery and fulfil their obligations as corporate citizens and civil society must demand accountability. Above all, there is an urgent need for all actors to work together towards a transparent and accountable global governance agenda.
"Corruption continues to rob the poorest of this world of hope and opportunities, and to undermine even long-established democracies"
The 14th International Anti-Corruption Conference 2010
Posted by Unknown at 11:34 PM

This is a message for the webmaster/admin here at hawkeyejack.blogspot.com.

May I use some of the information from your post above if I give a backlink back to your website?

I have a message for the webmaster/admin here at hawkeyejack.blogspot.com.

Can I use part of the information from this post above if I give a link back to your site?

We could use more integrity here as well