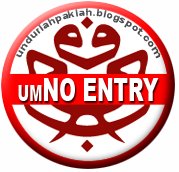 
Political stability in Malaysia will come under moderate threat during the next five years as the Barisan Nasional (BN) coalition, which is tightly controlled by its largest component party, the United Malays National Organisation (UMNO), faces greater challenges to its grip on power. The March 2008 general election revealed that UMNO could no longer count on the strong support of the majority of Malays. However, the main opposition Pakatan Rakyat (PR) alliance will not be able to offer a sufficiently credible, stable alternative to the BN. Political intrigues within UMNO itself therefore constitute the biggest threat to political stability in Malaysia.
Since March 2008 the ability to make or break the BN has been in the hands of political parties from Sabah and Sarawak. BN legislators from the two states, which are located on the island of Borneo, number 52, thus making up over one-third of the BN’s total of 137 members of parliament (MPs). The BN’s Borneo power base is likely to be severely tested at the Sarawak state elections, which must be held by July 2011. Unresolved issues, such as illegal foreign immigration to Sabah, may cause the BN parties based in Borneo, or individual MPs from the island, to defect to the opposition or use the threat to do so to secure greater influence within the coalition in the run-up to the next general election. Moreover, the Borneo-based parties will become even more influential if MPs from the island retain their seats at the next election and a substantial number of BN legislators based in peninsular Malaysia lose theirs.
Although voters in the rural heartland of peninsular Malaysia continue to support UMNO, a significant number of better-educated, liberal middle-class Malays have deserted the ruling party in favour of the opposition. This shift in support away from UMNO could be further encouraged by the greater availability of uncensored information on Internet news sites and blogs. Given the Malaysian government’s heavy censorship of the print media and broadcast services, the Internet will continue to be the main arena for the exposure of alleged government corruption and the political intrigues of individual MPs. Some conservative Malays have also voiced concerns over the government’s plan to reform policies that favour bumiputera (ethnic Malays and other indigenous peoples), believing that the special rights accorded to them in the constitution may be rescinded.
UMNO’s internal leadership elections, which have been postponed until 2012, could be a source of instability, particularly if the party fails to secure a resounding victory in the snap general election that may well be called in 2011. Under such circumstances there would be even greater resistance to economic reforms, undermining the credibility of the prime minister, Najib Razak, and potentially placing his position as president of UMNO—and hence his role as head of government—at risk. The most likely contender to become UMNO’s next leader is the deputy prime minister, Muhyiddin Yassin.
The leader of the PR, Anwar Ibrahim, a former deputy prime minister, is likely to be convicted on a charge of sodomy in the coming months. Mr Anwar claims that the case against him is politically motivated. Without him, the ties that unite the disparate parties making up the PR—the reformist, multicultural Parti Keadilan Rakyat (PKR), the conservative, Islamist Parti Islam se-Malaysia (PAS) and the left-of-centre, predominantly ethnic-Chinese Democratic Action Party (DAP)—are likely to fray, while the process of choosing a new PR spokesman could deepen divisions within Mr Anwar’s PKR party and also between the opposition coalition’s members. Yet the likely sentencing of Mr Anwar to a prison term could also facilitate a realignment of the opposition and elements of the BN, thus offering an alternative to the current political groupings.
Outlook for 2011-15: Election watch
A general election has to be held every five years, and the next one must take place before April 2013. However, the Economist Intelligence Unit believes that a poll will be held sooner. Traditionally, the BN has preferred to call elections about a year before the end of its term of office, and this makes early 2012 a possible date for the next election. However, developments in recent months, such as the postponement of internal UMNO elections, suggest that BN may consider holding a snap poll in 2011. We still believe that Mr Najib will set a general election date after the Sarawak state election, which must be held by July 2011 and is the main event on the political calendar before the next national poll. The results of the Sarawak election will provide a good indication of the level of public support for the government and its reform plans. Recent by-elections suggest that the electorate—and especially non-Malay voters—have become much more volatile. The results of two by-elections in November 2010 point to a slight shift in non-Malay sentiment in favour of the BN, suggesting that the government’s plans to reform policies favouring bumiputera has increased its appeal among ethnic minorities.
Posted by Unknown at 5:17 PM

They are going down the drain,hope the next govt ban terus umno