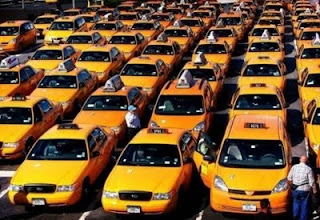 Met up with Pury and Shan at the Central Market during the Bersih Walk just when the FRU (Federal Reserve Unit of the Malaysian Police) was lobbing Tear Gas for fun into the peaceful Bersih demonstrators.

There were definitely no provocation from the peaceful marchers as we can bear witness to that fact of being there behind the police FRU unit.
After a while of watching the FRU lobbing dozens of tear gas canister into the crowd, we got news that the demonstrators are calling to an end of the protest and we too decided to make our way home. It was then about 4.15 PM.
Shan has purposely flew back from Singapore where he works and stay just to participate in this Bersih Walk calling for free and fair election. Shan has traveled and work abroad most of his career and his major frustrations are that he is deprived of his right to vote if he is overseas when the election comes around.
We walk towards the Sentral Station terminal through the Brickfields area and as we approach the YMCA vicinity we saw traffic being diverted into the side roads as the roads were all closed off to traffic flow to and from the city.
We saw some Taxis and the thought of catching a cab is most comforting after the very long walk with aching muscles of the limb to contend with. After a long while, Shan manage to flag down a Taxi and as i approach he was already in heavy negotiation with the Taxi driver over the fare to be charge and honestly at this time i will pay almost any price for the drive.
Well Shan being the expert negotiator that he is soon got us a fare of RM20 for the transport to one of the Commuter station where we had earlier park our cars. We happily jump in to the Taxi and this turns out to be one of the most comforting drive of your life time.
The drive to our destination is at most 15 minutes and there were some conversation in the Taxi with the driver where he apologised for not being able to follow the metered fare due to all the disruptions caused by the police blockade and as he discovered that we had participated in the Bersih walk he than started throwing compliments our way.
He stressed that it is the governments' responsibility to ensure that there is justice and freedom and that the people should be cared for and not to be bulling, threatening and worst of all to purposely cause harm to the people.The driver says that the government had intentionally lock down the city as to cause suffering to the livelihood of the people and than put the blame on the Bersih protesters. He too had suffered because of this devious intention of the government these past weeks leading up to the protest despite the rising cost of living brought about by the recent withdrawal of subsidy.
And as we reach the Commuter station the Taxi driver refused our payment of the taxi fare and expressed his gratitude for our participation in the walk and that we had done what he did not or could not do. He further expressed that we are contributing and is helping to bring about a better future for his young children.
"You are fighting for me and my young children to have a better future and for that i cannot accept your fare and please take this offer as my personal contribution." siad the Taxi Driver.
There was much haggling over this payment as we insisted on paying him as it was his vocation and we finally settled for half payment of RM10 instead of the agreed RM20.
This was very encouraging to our spirits and most comforting for our aching body and we decided to quench our thirst and headed to the nearest saloon where old Ben later joined us as many of us were earlier separated during the march and Pury enthusiastically related our Bersih Taxi encounter to Ben.
Posted by Unknown at 7:11 PM

Thanks for the heart-warming story. Salute to U guys & the taxi driver:)