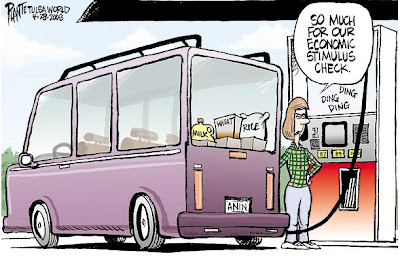 Unacceptable and an insult to Sabah: SAPP
Kota Kinabalu: The latest fuel price increase is unacceptable and an insult to the people of Sabah who gave almost 100 per cent support to the Barisan Nasional (BN) in the last general election to stay in power, said Sabah Progressive Party (SAPP) stalwart, Datuk Tham Nyip Shen.
"The people of Sabah would not have imagined that this is what they would be getting for supporting the BN in the last election," he said in a statement, Friday.
Tham, who is also State Science Adviser, noted that the fuel price hike announcement came as a surprise after Domestic Trade and Consumer Affairs Minister, Datuk Shahrir Ahmad, had earlier the same day stated that the Government would only be announcing a new scheme for the fuel subsidy in August.
So crossover to PAKATAN?
Posted by Unknown at 8:36 PM