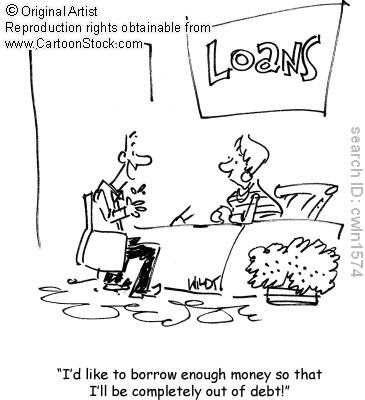 Malaysian so called sovereign funds has been borrowing lots of money through the issuing of islamic bonds.

The correct definition should be "Sovereign Borrowed Funds" as their funds are all borrowed and unlike other real sovereign funds who invest with their real savings and profits.


Another report from Bloomberg states that Malaysia’s state investment agency may raise as much as S$500 million (USD$353 million) selling Singapore dollar-denominated Islamic bonds to help fund its offer to double its stake in hospital operator Parkway Holdings Ltd., according to two people familiar with the plan. The sale may take place as soon as this month, according to one of them, who declined to be identified because the discussions are private.
Singapore dollar of S$500 million is equivalent to about RM1.2 billion. Aiyah.. No money don't invest lah what for need to borrow to invest?
And another government agency will be borrowing up to 10 billion Ringgit.
The Malaysian national mortgage company CAGAMAS plans to sell as much as 10 billion ringgit ($3.1 billion) of a new type of Islamic bond that would be acceptable to investors in the Middle East, said Chief Executive Officer Steven Choy. Cagamas is developing the new sukuk with Saudi’s Al-Rajhi Bank, which will subscribe to some of the notes to be issued this month, he said.
And Petronas is raising USD2 billion through an IPO of its Petrochemical subsidiaries. Read HERE.
Malaysia government alone last year borrowed through bonds issue of a total of about 90 billion Ringgit.
And early last month Najib announced that the Malaysia government will likely be issuing US dollar denominated bonds and this is what he said:
Malaysian Prime Minister Najib Razak said yesterday that Malaysia will likely tap global bond markets by offering a US dollar Islamic bond to test investor appetite for its assets.

"Most probably it will be in US dollars. There will be sukuk issues. However the amount will be announced later," Najib said at a dinner hosted by the Singapore Foreign Correspondents Association.

Najib said Malaysia did not "actually need" the money, but "it is good for Malaysia" to find a benchmark on how the markets rate its creditworthiness. Read HERE.

Well at least its good to know that we are just borrowing money for fun as we actually don't need it. That's a relief.

They can bechmark it just by asking for quotes internationally. There's no need to actually issue bonds!!

What's really worrying is what they are going to do with borrowing billions "we don't need"!!

dpp
we are all of 1 race, the Human Race

I dont know whether I should cry or luagh because most of our sovereign funds are being diverted to fun-fun projects - Err, the ones that have no impactful socio-economic benefits.

So, will we be like Greece - continuing borrowing for no reasons whatsoever and one fine morning waking up to the big B word? At the rate we are going, i guess it's just around the corner.

May you have a great week Sir.

Malaysia is a funny funny and fun country.