No To Third Bridge 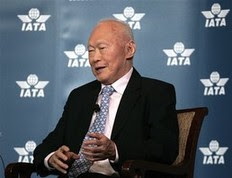 Najib's idea of a third bridge to Singapore is inappropriate says Datuk Sharir Abdul Samad who is the Member of Parliament for Johor Bahru.

"My view is that construction of the bridge is not necessary. Instead, the government should improve efficiency of the ferry service or encourage the use of ship and boats as a mode of transport between the two countries.
"The government should make it a priority to build a new bridge to overcome congestion at the Johor causeway," he told reporters at a function here.
He said this in response to a statement by Prime Minister Datuk Seri Najib Tun Razak, who met Singapore Minister Mentor Lee Kuan Yew in Putrajaya several days ago, that Singapore was keen on the construction of a third bridge linking the republic to Malaysia.
"The concept of the third bridge on the eastern side of Johor is something which we will pursue, and Singapore is quite keen on having the third bridge.
"When we have a third bridge, we can develop the whole of the eastern side (of Johor) up to Mersing and onwards to Desaru".
"Singapore did say that it (the area) has the potential to be another Nusa Jaya like in Bali (Indonesia)," Najib said in his opening address at the 2010 Budget consultation meeting at the Finance Ministry.
Looks like the making of another mega multi billion ringgit project! Has Najib strike a deal with Singapore and can we afford it as there is already a big strain on our national deficit. But what the heck we have already thrown away 12 billion or more into the sea of Port Klang and throwing more billions to the straits of Johor might just balance things up.

Email ThisBlogThis!Share to TwitterShare to FacebookShare to Pinterest
Labels: Government

Why bridges....fill up the strait that way we can have multiple choices by road to and from Singapore. That way no body can joke about the little red dot and the Middle Kingdom can be claimed, if it is not too much trouble.

The Sultan of Johore just said NO to the third bridge. You figure Najib will succeed Johore to Singapore just to tickle Tun?

Singapore is economically just too far ahead of Malaysia and to the Singaporeans Malaysia has become a sick joke.

Not that Singapore is much of a democracy but to them Malaysia is real backwaters and they will send their tourist over just to view the potholes.

Najib will never get his third bridge and his plans of opening up another major multi billion project from desaru johor right up to pahang! They are already struggling with the Iskandar johor project which is 3 times the size of singapore and this new PM has hatched another mega plan to open up the eastern region from johor to pahang probably 10 times the size of singapore.

But he forgot to seek the blessings of the johor umno warlords and the sultan.(maybe it was intentional)

He is afraid of Tun, just the mention of the name can cause him nightmares and you cant blame him for that as he pratically grow up fearing the old man. (remember the old umno?)

I have a suspicion that the najib administration is trying to woo the singapore dollars as the ringgit and foreign investment is drying up.

Would appreciate if you could allow me to highlight this important Forum.

This event is exclusively sponsored by www.exabytes.com.my - the No.1 web hosting company in Malaysia


Registration: The admission to this Forum is FREE. However, due to limited seat, please R.S.V.P by sending your details (Name, Tel, Email, Occupation and Company/School) to forum@elawyer.com.my before 24 June 2009 or call 03-2782 5399 for more information.


This event is supported by USM and Penang Bar Committee. It is open to anyone. Please visit http://www.elawyer.com.my/blog/elawyer-exabytes-penang-bloggers-law-forum-2009/ for more information.