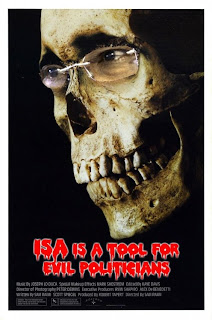 The Homes Minister Datuk Seri Hishammuddin acknowledges that his ministry oversees more than 33 Acts and regulations and that most of the Acts are outdated.

“But it doesn’t mean that the laws will simply be repealed because laws like the ISA (Internal Security Act) are needed to tackle current security threats, such as terrorism.”

“The national interest, safety and security of the Malaysian people must not be compromised,” he added.

(Yah, is a major terrorism target and are constantly under threat and attack. The Safety and security of the people have long been compromised and we are constantly under attack by snatch thieves and robberies and worst of all thieving politicians who steal billions. The ISA is needed to protect umno and their barisan so that they can throw their opposition and their critics in to jail when they get too popular or too annoying and act as a tool of fear so that people just keep quiet and hide when they see daylight robbery in progress where they steal billions of the rakyat’s ringgit and the BN government still act ignorant and arrogant and pretend as if nothing has happen.).

Hishammuddin also said “In the past, it was used against the Communist threat. Now we are faced with terrorism and extremist movements and their networks. People are saying that the Act is still relevant to the current situation,”

(What he meant was that in the past the ISA was used against communist and today we have the Pakatan Rakyat threat against Barisan National. And who are the people that are saying we need the ISA? I have not heard of it, have you? Ahh.. Here you see these BN fellows when they say “people” they meant the umno and the BN people the rest of us are not their people).

What about the most famous of the outdated Act, the act that made a joke of our good country and made us famous the world over. The stupid sodomee act is the most stupid of the stupidest of all the laws and as a traveler I hear about it all over the world everytime you introduce yourself as a Malaysian sooner or later you will hear about all the sodomee jokes of . And there was once an Iranian executive who enquired whether our government or our police has got a special department or agency that goes around arresting and investigating people for sodomee.

And what about the Sedition Act and the Printing and Publication Act and the Illegal Assembly Act and god know what else they have got in their armory of outdated laws which they will use on the good people of this country whilst the crooks and thieves who steal and plunder anything from 10 ringgit to billions of ringgit walk safely and happily in our streets.

STOP ALL LAWS OF OPPRESSION!

THE RAKYAT IS NO LONGER AFRAID OF YOU!

Email ThisBlogThis!Share to TwitterShare to FacebookShare to Pinterest
Labels: ISA and Human Rights, Must Read

Yup. That's telling it straight. Hawkeye Jack, you're a sharpshooter and this post is right on target!

Ha ha The Magick River is here. Together we shall wipe out the evil in this land. Thanks for droping by.

And don't forget about the 'Act of God' that has been invoked all too often for all the wrong reasons. Semi Value was most fond of invoking this Act whenever his projects were found wanting.