Battle of the Internet 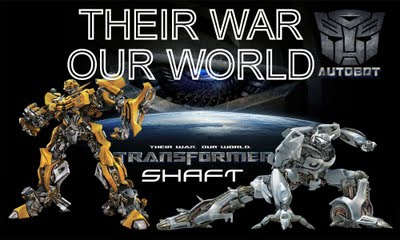 - Freegate -
China is a bad example of human rights and freedom and this stems from a fear of losing control by the communist government. And as China progresses, the call for freedom will ever be greater and this had developed into a constant battle in cyberspace with the authorities trying to block the free flow of information to more than 300 million internet users.
This year the autocrats will celebrate the 60th anniversary of communist rule in China and it will also be the 20th anniversary of the Tiananmen Square democracy protest as well as the 10th anniversary on the crackdown of the Falun Gong movement. A grand celebration has been lined up for the National Day of the 60th Anniversary of the People’s Republic of China next week which falls on the 1st of October.
There seems to be some kind of internal strives in within the communist party as earlier this year it seems to give way and allow more room for dissent online due to the rise of blogs and online forums which is actually impossible to control. Than in an about turn it started to block Facebook and Twitter, China also blocks site like You Tube and Wikipedia and have sometimes allowed and than to block again in an inconsistent pattern. China blocks access to a countless websites as part of filtering system critics called the Great Firewall.
And there rise “Freegate” and VPN (Virtual Private Network) in the battle with the “Great Firewall” of China, Freegate is a non-profit organization in the fight against repressive regime and propagates freedom of information. The Vision statement listed in their website states “The Great Firewall will be taken down as did the Berlin Wall”. Freegate provides a host of free programs and tools which allows users to circumvent the filters of block used by government and leads you to the free world of cyberspace. Yes!
You must check out Freegate HERE just in case our governments which have been contemplating the use of filters to curtail our freedom. You might have to use Freegate one day… hahaha.
"I just want to say that FREEGATE saves our life in . because during election days there was no communication way for us in and freegates opened this way to us.
So many Thanks to freegate men.
"I LOVE YOU"

-- A Freegate user in
Read “China Clamp Down on Internet” HERE
Read "Malaysia-Today under Attack" HERE
Posted by Unknown at 6:17 PM

"The government consists of a gang of men exactly like you and me. They have, taking one with another, no special talent for the business of government, they have only a talent for getting and holding office. Their principal device to that end is to search out groups who pant and pine for something they can't get and promise to give it to them. Nine times out of ten, that promise is worth nothing. The tenth time it is made good by looting A to satisfy B. In other words, government is broker in pillage, and every election is a sort of an advance auction of the sale of stolen goods."

Hi Anon,
That sounds very familiar with our politicians. rightly quoted.
Thanks

Hi Hawkeye,
Isnt it possible for RPK to email his writings to all friendly blogs and these blogs posthis writings and thoughts.They cant shoot down everyone .Then we forward it to our friends and they in turn forward it to theirs.

hi anon 2.44pm,
Yes that is possible and i am sure the MT people have their plans we just have to wait for them to get things ready.

How long can they keep up that DDOS? It isn't hermetic. Also it takes much resources and makes MT even a greater sought after and compelling as a 'must read' blog. :D