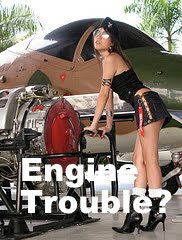 2 Units of Stolen Jet Engines?? Stolen since May last year when Najib was Defence Minister. Cover Up?
More equipments could be missing? Doing an Audit now?


Armed forces chief Gen Tan Sri Azizan Ariffin said the stolen jet engine might just be the "tip of the iceberg", as initial investigations showed that other equipment might have gone missing from as far back as 2007.

Actually Mr General Sir, we Malaysians will not be surprised if  more items are stolen or missing? While you are auditing can you also check the stocks of C4s?

The stolen engine is the powerplant for one of the four F-5E Tiger II fighters and two RF-5E Tigereye reconnaissance jets still in active duty at the air force's 12th Squadron (Scorpion) at the Butterworth air base.

An "international company" based in Latin America bought the 50 million ringgit (USD 14 million) engine "because the price was cheap " Bernama quoted the defence minister Ahmad Zahid Hamidi as saying.

The engine, used for single-seat fighter and reconnaissance jets, is believed to have eventually ended up with a final purchaser in the Middle East.
Posted by Unknown at 6:08 PM

If you don't believe me, look up wikipedia or google the achieves of the News Strait Times.

So something is fishy, oh so very very fishy.