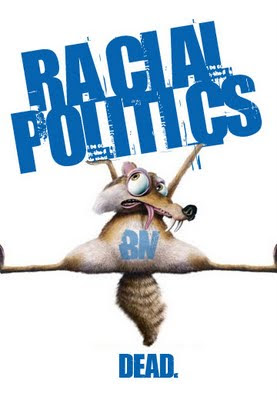 The Utusan Malaysia is an umno controlled newspaper and they are promoting racial bigotry and racism and hatred. This is intolerable and to prove our suspicion right is that all this while the other components party of MCA, MIC and Gerakan are just clowns of their political master in UMNO.

Not even a whimper of rebuttal is heard from these jokers like Ong Tee Kiat and especially Koh Tzu Koon as he is the Minister of Unity and it is needless to mention that Samy as it be a waste of time.

This Utusan must be ban and their permit revoked and the Editors given the BOOT!

This is what you will get from political appointees as in all the governmental institution in this country, the cronies are being appointed everywhere.

Whats wrong with you Mr. Prime Minister? Is this the 1Malaysia that you are talking about?

The collective "persecution syndrome" of Utusan Malaysia is fast picking up steam, escalating to a level of near insanity.

Big chaos will ensue if no treatment is being urgently sought on these people!

This Malay daily is getting increasingly ill. For instance, it published in its Op-Ed column on Tuesday a provocative piece titled Melayu Jangan Jadi Bacul (Malays must not be cowards), in which the author expressed his exaggerated concern that the Chinese and Indians would get too powerful, resulting in the Malays having to relinquish all the key positions in the government as well as their privileges and NEP.

What made me want to laugh out loud was this:

(The assaults and hatred of the opposition as well as Chinese and Indian political activists towards the Malays have gained momentum. They deliberately show off their bravery and acts of bad manners, only that they do not take to the street and unzip their pants as they did during the May 13 tragedy.)

Wow! Looks like the intensity of their illness has developed into an awful sex-and-violence illusion!

The author came to the conclusion:

(Weirdly enough many Malay-Muslims abhor the power of their own race. The Malays have become a cowardly race.)

I'm afraid the author is out of his mind. As a matter of fact, only people suffering from terminal "persecution syndrome" could have possibly stretched their imagination to such wild extents.

In another article titled The Malays are not aware they're despised, the rally calling for the repeal of the ISA was interpreted as the Malays being manipulated by the Chinese and Indians to hit the street to oppose the ISA meant to protect the rights of the Malays!

Good Heavens! I never knew the Chinese and Indians could have such mystical power to send tens of thousands of Malays to the street.

I was equally amazed by the new-found functionality of the ISA: to protect a particular ethnic group in this country!

Sorry, I've been exhausted by my own laughters that I could not gather any more strength to rebut the Utusan absurdities.

That level of brain anomaly has rendered any need for arguments by sensible and rational people with them completely irrelevant!

That said, I'm curious how the government people would view the words of these chaps.

Perhaps Dr Koh Tsu Koon, the minister in charge of Unity and Performance Management, should study how much Utusan has contributed towards national unity.

And those in the PM's office must also make the additional effort to understand how much the newspaper has done for the noble "1Malaysia" vision.

Fortunately, the overwhelming majority of Malays, Chinese, Indians and other peoples who are absolutely normal in their thinking treat Utusan nothing more than just a laughing stock. (By TAY TIAN YAN/Translated by DOMINIC LOH/Sin Chew Daily)

If the said writer's is not charge or warn by the relevant authority, it simply means that the power that be had given their consent to let the news be as it is. This is worse than tasting of one's vomit. Let the fair minded Malays or the anak bangsa Malaysia give him a piece of their minds.