Two Dins, One Hiss and One Moo 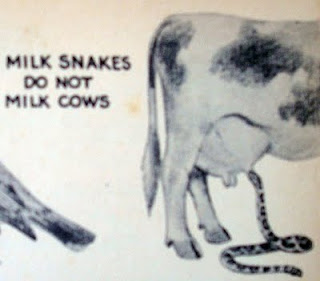 Two Dins, One Hiss and One Moo

Home Minister Hishammuddin has said the Anti-Isa demonstration was a total failure as the number of protesters was lower than expected.

It is not about the numbers and the Minister is trying to deviate from the main issue, even than we have evidence and witnessed a huge massive turnout of Malaysians that have protested and the Minister has failed miserably in his duty. As the Home Minister he had been disastrous by not performing his primary duty in securing the protection and the safety of the common people and had instead use brute force on the elderly, women and children. They had also randomly arrested more than 500 people including 40 young children and had detained them unnecessary. This is a despicable act against the citizens of this country and as a politician he should understand the fundamental right of free speech and assembly but most of all as a human being he is without remorse and without compassion, further to that he and his boss, the Deputy Prime Minister Muhyiddin had expressed arrogance and evil intent of further persecution. This ISA is an act that has been proven time and time again that it has been grossly abused and an act that is the tool of Satan himself and is extremely evil in that it causes much misery and torture to the innocent victims and their families.

Hiss also said: “that in a weakened global economy the people were prepared to be led by an authoritative government that is able to provide the best for them”.

(First he has finally admitted that umno is an authoritarian government and the second is where in the world did he get the idea that the people are willing to be led by tyranny?)

On the amendment of the ISA, Hisshammuddin said the Opposition should also value the opinions of those who want it to be maintained or upgraded.

(Who? Who wanted it to be maintained other than yourself and your goons? And UPGRADED??? How do you F@#$%&* upgrade detention without trial??? He must have been playing too much monopoly, Go straight to Jail, Do not pass Go! That’s the new ISA?.)

Than comes a lot of din from the Deputy PM Moohyiddin talking about the use of ISA on those who instigated or had a role in getting the public to take part in illegal demonstration.

(Now haha I can put all you guys in jail, you people ask me to go to anti –ISA march, now you will be put under ISA, wooo lucky me, I went to march because they ask me to, luckily I did not ask myself to go).

And Moo further added: “I believe there are certain quarters who want to challenge and even provoke the authorities to use the ISA against them so that they can tell the public ‘there you are, this is what they are trying to do ... I said so.”

(Now you know why they need to upgrade the ISA, so that you can just walk in to be detained and don’t have to go to all that fuss just to get yourself lock up under the ISA).

The ISA must be repealed and the Najib’s cabinet should understand this and make no mistake about it as the crowd you have seen is only the tip of the ice-berg, it has been proven repeatedly in history that no matter the size or your armory, the more evil or brutal you are against the people, the harder you will fall. There is no pretense and it will not be for long if you think that the people are fools as when you fall it will be that much harder.

LOL, The Snake sucking the Cows breast. And really look like them.

They will be shivering in their pants if they allow a police permit for open demostration. We have robbery everwhere and everyday and the police should have roped in the FRU to assist them in curbing such crimes. Instead they were used against the people who wanted a peaceful march. I think the home minister should just stay home and minister to his own family.

hi ahoo,
They have badly handled the ISA march. They have show the world that BN govt attacks basic freedom to the right of assembly and free speech.They are now under heavy criticism.