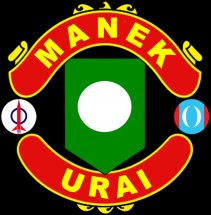 When i was first told that the voter turnout was at 84% at 3 pm i exclaimed that this cannot be and that it is unbelievable and especially not on a working Tuesday and in a by election in a small district of kampongs and that i must get to a computer to blog about this and that is what i did earlier.
Even though Tok Guru declared a public holiday for civil servants in the state of Kelantan there cannot be such a record breaking turnout of voters as half of the voters work out of the district of Manek Urai and most are out of the states of Kelantan and are not expected to return to vote as it is a working day as purposely pick by the election commission instead of making polling day on a weekend which is the more logical choice but for reason best known to them they pick an odd day right in the middle of the week.

No way is this small district of Manek Urai going to break all election records for voters turnout and especially in a by election on a working day, and to my surprise the reported voters turnout broke all election records as the highest numbers ever surpassing any constituency in a general election in the peninsula. It was earlier estimated that half of the 12,293 voters are young and working adults making about 6000 voters and it was expected that at most only half return to vote than the voters turnout are expected to be at the very most at 75%, but at 87.3% is way beyond any analyst's estimate and analysis and is quite unbeliveable.
Nevertheless, lets look at the events in this by election, right from the beginning when the EC (Election Commission) announced the election date on a working Tuesday, we were already complaining that this is unfair and unjust and that all elections should be made convenient to the voters and should always be on a weekend or on a public holiday. And than one of the umno division heads in Kelantan came out with a statement that says that their supporters (umno supportrers) in Manek Urai are mostly young adults and are working out of the state and polling date being fixed on a working day will reduce the voters turnout of their supporters. And we felt that what is this guy talking about as most of the PAS and Pakatan supporters or the new voters are younger working adults and not the reverse as stated by this umno dividion head. Umno supporters are mostly the older and mostly traditional voters of old and that the younger new voters are in fact influencing the older generations to change their votes to Pakatan.

And during the by- election of today there were numerous reports of fake EC officials in the various polling centers and even some were caught and reported to the police but no further information was available as whether they were detained or investigated by the police. And there were also reports of fake Ec officers caught by the PAS people and that they were carrying bags of ballot papers after polling hours and during vote counting. As at now no further information was available and could not be verified, however they were reported by various sources.

There were also various report of monies being paid out to voters. (Read HERE).

However and whatsoever the results shows that Pakatan must be ever more alert and not be complacent and need to regroup and be more tactical and strategic in their overall approach, but before they can be strategic they must first get organized as they have shown lately that they are not so or maybe it could all be a show of weakness to lure the opponent to come out in to the open. Whatever it can be, it does not seem convincing from a strategic viewpoint and need further thoughts and details to the many opportunities that will soon be presented.

PAS could take a post mortem and cleanse out the party of turncoats and flush out all the umno infiltration and spies. PKR could take this opportunity to do an analytical examination of themselves.

This by election looks like the damn HAZE in Kuala Lumpur. *cough *cough

Politicians are all crooks. They steal from the country and they cheat the people.