The guru calls out; "wake up!" at 4.30 am and we had to struggle out of bed at this hour before the cock crows and out in to the 4wd we were and the journey to Manek Urai for nomination day, the drive took about an hour or so and i could continue my sleep at the back of the pajero.
We arrived at Kuala Krai the main town of Manek Urai district at about 5.30 am and went knocking on doors looking for roti canai and found a shop just about to open and we had to wait a bit and was later served freshly pack nasi lemak and good kopi-o, that is exactly what is needed to really wake up.
After breakfast we set out to the meeting point of the old Masjid Al-Jahur of Kuala Krai town where the PAS supporters numbers some 5000 and at the nomination center the PAS' supporters are easily above 13000 strong and the Umno' supporters at about 3000 only, we will let the pictures tell the story; 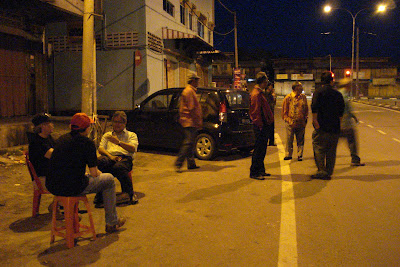 [waiting for the shop to open before the cock crows] 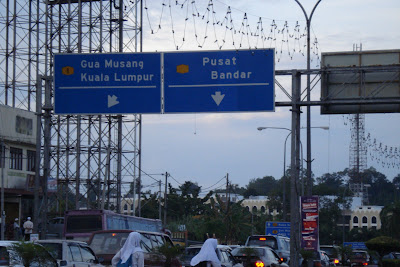 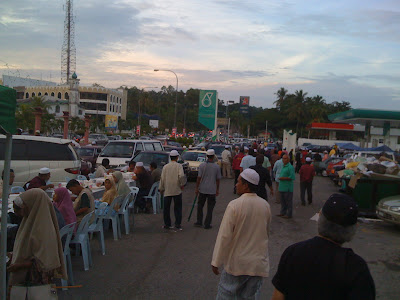 [on the way to the Masjid, crowds are building up and note the traffic jam] 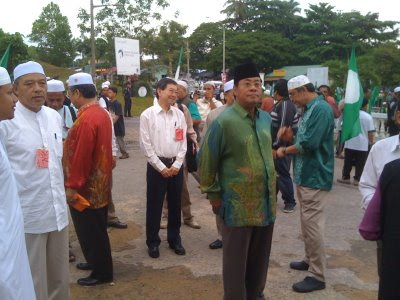 [Pakatan big-wigs at the Masjid] 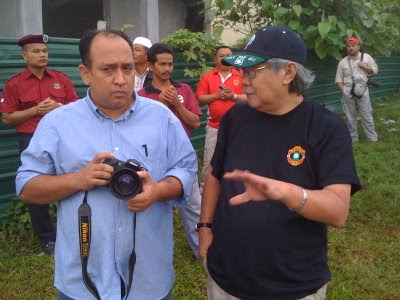 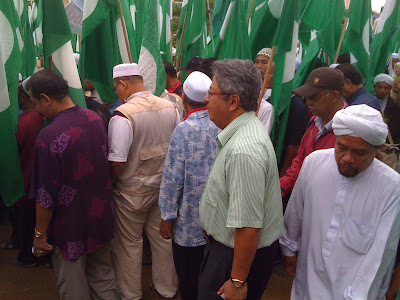 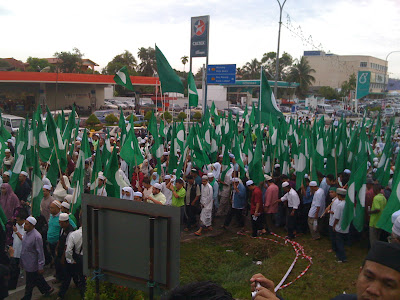 [Pas supporters swarming in from everywhere towards the nomination centre] 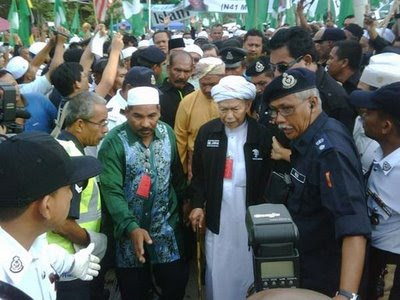 [Tok Guru arrives with great cheers from the crowd] 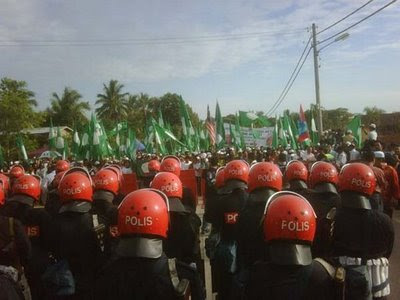 [The FRU was there reported to be over 2000 strong] 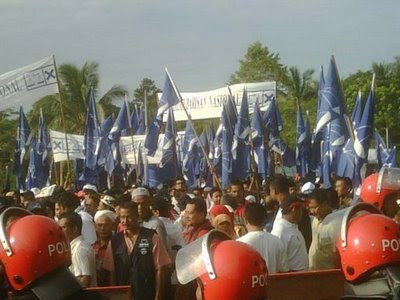 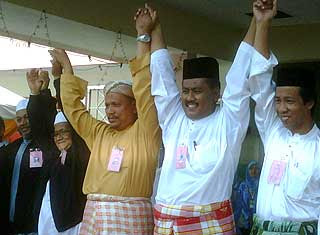 The campaigning starts today and we have been scheduled to cover some ceramahs later this evening and will be back with more reports.

Check out zorro for more story & pics HERE
Posted by Unknown at 3:28 PM