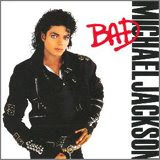 The memorial to Michael Jackson at the wharf was a hit and my thanks goes to Serena of the wharf and zorro for making it happen, the Barisan Rakyat Bloggers and Supporters for making the event a success. And many thanks to Lyn in editing and converting the videos without which they will be dancing in the dark.

Some people told us that this is possibly the first memorial tribute to the Superstar in Kuala Lumpur, well we don't know that but maybe it is.

We celebrated Michael's music and saw the many contributions he made to humanity like "Heal The World" which is not only a song but an established worldwide charitable foundation, We saw how Michael dance against racism and bigotry as portrayed through the many music videos and Michael even had songs against bad and oppressive governments, police brutality and tyranny.

They Don’t Care About Us

Skinhead, deadhead, everybody gone bad
Situation, aggravation, everybody allegation
In the suite, on the news
Everybody dogfood, everybody´s gone mad

Tell me what has become of my life
I have a wife and two children who love me
I am the victim of police brutality, now
Iïm tired of beinï the victim of hate
You´re rapin´ me of my pride, oh for God´s sake
I look to heaven
To fulfill itïs prophecy
Set me free

Skinhead, deadhead, everybody´s gone bad
Trepidation, speculation, everybody allegation
In the suite, on the news
Everybody dogfood
Black man, blackmail
Throw the brother in jail

Tell me what has become of my rights
Am I invisible 'cause you ignore me?
Your proctamation promised me free liberty, now
I´m tired of bein´ the victim of shame
They´re throwin´ me in a class with a bad name
I can´t believe this is the land from which I came
You know I really do hate to say it
The government don´t wanna see
But if Roosevelt was livin´
He wouldn´t let this be, no no
Skinhead, deadhead, everybody´s gone mad
Situation, speculation, everybody litigation
Beat me, bash me, you can never trash me
Hit me, kick me, you can never get me

Some things in life they just don´t wanna see
But if Martin Luther was livin´ he wouldn´t let this be
Shinhead, deadhead, everybody´s gone bad
Situation, segregation, everybody allegation
In the suite, on the news
Everybody dogfood
Kick me, bite me
Don´t you wrong or right me

It was an enjoyable gathering. Nice that I met you, finally!

I beg to differ, the first memorial tribute to MJ was organised by MIX FM held at One Utama (New Wing) on 28Jun09. It was truly a night to remember.
The one at the Wharf was more like a private party. The bonus was I got to meet Zorro and Haris Ibrahim. Thank You.
A diehard MJ fan
Susan