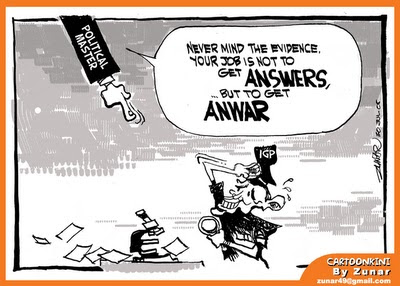 The founder of the Virgin Group is positive about Malaysia's investment outlook. But he said the ongoing sodomy trial of opposition leader Anwar Ibrahim is damaging the country's reputation.

Sir Richard Branson has a huge following in Malaysia. To many young entrepreneurs, the 60-year-old tycoon is an inspiration, which was why they paid top dollar to attend his session at a conference on alternative investments in Kuala Lumpur.

The Malaysian government, which recently launched its 10-year economic transformation programme, hopes the Virgin empire Sir Richard Branson founded will also look to invest in the country.
Dr Jalilah Baba, director general of Malaysian Investment Development Authority, said: "We would like to work with him on a few programmes to attract investments here, either his direct investments or in terms of funding or in terms of technology."

Already, Sir Richard Branson is talking about opening up hotels in major cities in Asia under the Virgin brand.
He said: "We are going to try to create Virgin city hotels, very much in the spirit of Virgin. I am sure we will be doing some in this region."

The tycoon also called on the Malaysian government to take bold steps to liberalise its economy, with the government cutting back its role in order to stay competitive in the global market.

Sir Richard Branson is also positive about Malaysia's investment outlook. But he added that the sodomy trial of Anwar is doing the country a disservice.
He said: "I hope the case gets dropped. The case is fundamentally wrong and it does not make Malaysia look good in the world map.''

The authorities have downplayed his remark, saying it is his personal opinion. They added that Malaysia is committed to political and economic liberalisation.

You are very correct Mr.Antares. This case is a shame and an embarassment to the process of international law. All throughout the court has shown a slant towards the gomen and the AG has shown no integrity in the conduct of the trial. Shame on you Najib for allowing such a sham of the judiciary. Justice haas been compromised under the Najib gomen.

hey your blog design is very nice, clean and fresh and with updated content, make people feel peace and I always like browsing your site.

Mr Hawkeye,
Please tell us your opinion of the Keadilan party election. You are a Barisan Rakyat Blogger. We want to read what you have to say about the Keadilan Party Election. What do you think?