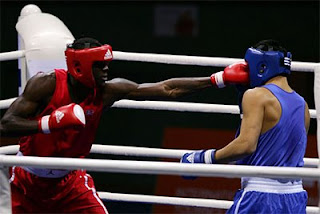 (pic of Permatang Pauh all geared for the by election)

Was informed that there is a new electoral roll gazetted on 19th June 2008 with about 10000 new voters and however this could not be confirmed yet. The old electoral votes has some 56000 voters and was won by Wan Azzizah by a majority of more than 13000 votes.

Anwar is expected to win this by election and speculation is rife about winning a greater majority and can the BN candidate keep his deposit.

The question is that will the voters of Permatang Pauh deliver the knock-out punch to the Barisan Nasional paving the way for the "Prime Minister in waiting".


The blogging community will be in Permatang Pauh to witness this historical event in the making and we are now starting our journey and shall report from there on the latest update of events and plenty of photos coming your way.