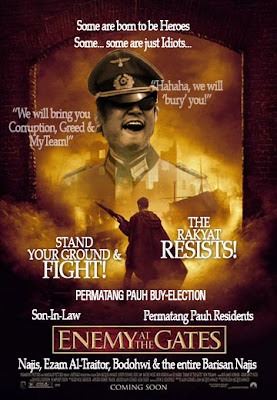 (Title Pic by Mob's Crib)
Arrive at Permatang Pauh at about 4pm. Reviewed the ceramah schedule for both Pakatan Rakyat and Barisan National and planned our visits to the numerous ceramah coming on later tonight. 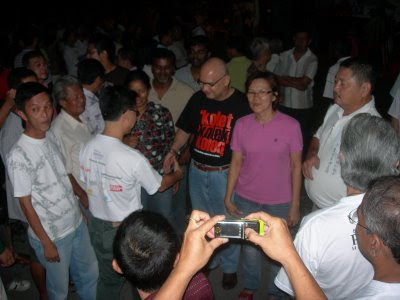 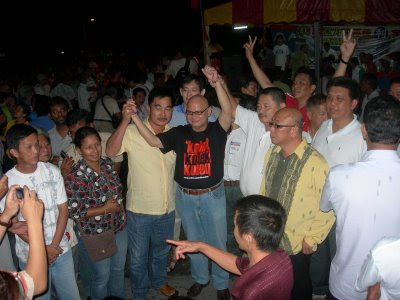 Set out for the first ceramah at Kampung Paya Tanah Liat, which is a small village in Permatang Pauh, we arrived with Raja Petra and the crowd was ecstatic on the sight of Raja Petra and people was coming on to him with warmth greetings and lining up for photo opportunity with the Hero of the Rakyat as some of them was heard shouting. 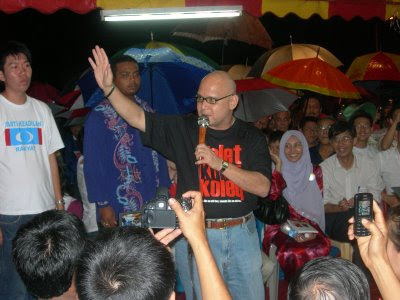 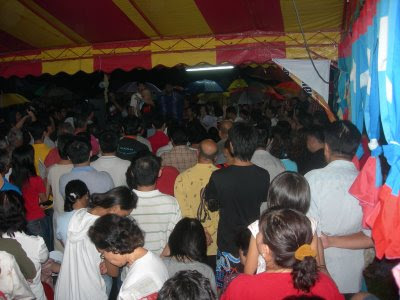 RPK was invited to talk to the crowd and there were loud cheers from the about 1000 people gathered there amidst the drizzle and as the rain got heavier the crowd cramped into the tent to listen to the Merdeka story from their hero and those in the open were sharing their umbrellas with those around. He urged the people to be united against the bullies in UMNO. 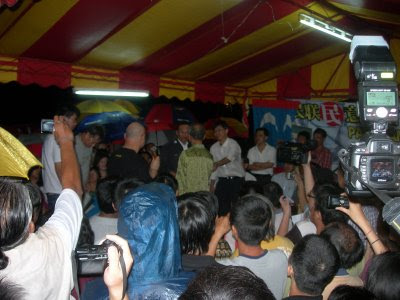 And as RPK was concluding his talk Anwar arrives to cheers of "Reformasi" and as the rain stop the crowd urged to moved back into the open ground and by than the crowd had swelled to about 2000 or so. 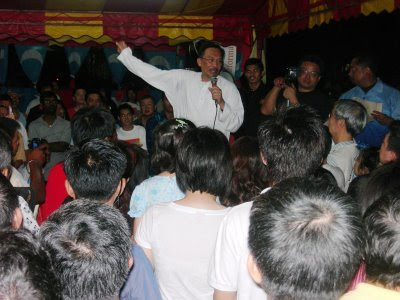 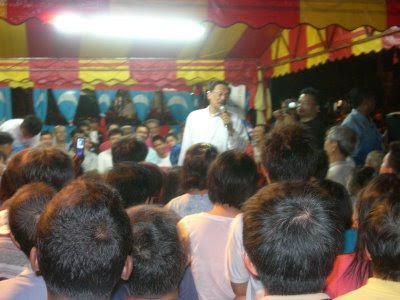 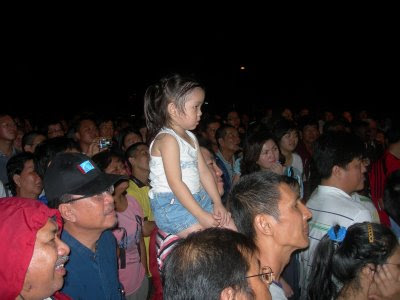 Anwar assured the people that there will be civic reform to the oppressive laws used by the BN government on the people and promises the Rakyat of a Malaysian Malaysia of Ketuanan Rakyat. He said he will abolish ISA, OSA, and greater liberty for a civic society as he too has been a victim of the Tyranny of UMNO. He will rid the country of corruption and create opportunities for the Rakyat and all will have the freedom for university education citing deserving students who has been denied entry into public universities. And stories of the wealth accumulated, and the rise to power of the Son In Law brought loud cheers of Reformasi from the crowd. 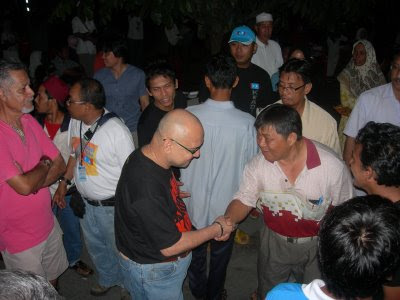 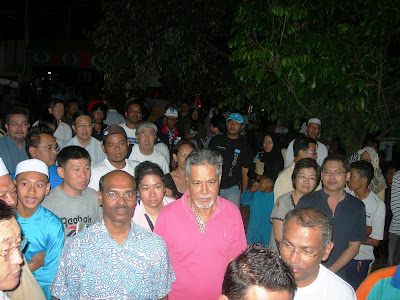 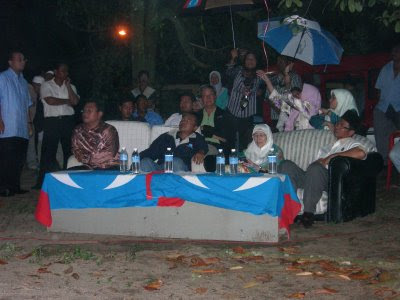 We than moved on to another ceramah at Penanti where there was a large gathering of more than 2500 people and as usual Raja Petra was welcomed with great excitement and we had to stop all along as we were walking towards the ceramah ground. People was requesting for their photos with RPK. Wan Azizzah was also ther in Penanti. 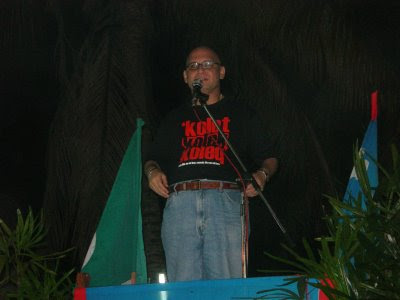 RPK was also ivited to talk to the crowd at Penanti and kept the crowd enthralled by his stories of UMNO's vote buying tactics and urged the crowd to turn up in full force on election day. 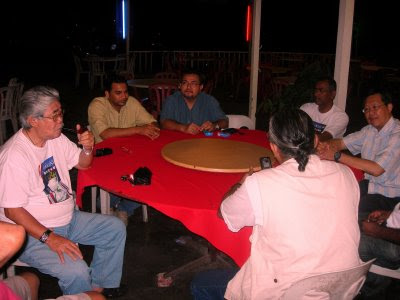 We pass 3 BN ceramahs and saw that there was hardly any crowd and one of the ceramahs only had maybe 50 people seated with rows and rows of empty chairs and yet the speaker was delivering his oration. We had wanted to observe a BN ceramah but the 3 ceramah we pass by had no crowd so we went for food instead. 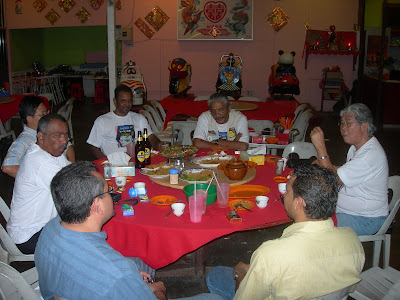 Finally had our dinner at about 11pm.

For more reports and photos go to The People's Parliament
Posted by Unknown at 5:50 AM

Brilliantly reported and nice snapshots attached. Hoep you had a good rest last night (early this morning, rather) and see you tonight.

Sounds like you're all having a blast at Permatang Pauh. Thanks for blogging from Ground Zero, Hawkeye - makes me feel I'm there with all of you! Here's to an overwhelming victory for Anwar & Pakatan Rakyat on Tuesday!

Hi Chris,
Hardly ever slept as was having connection problem with the net but managed to post in time. haha
Yeah, special holiday for the election and lets hope a good turnout of voters.

Hi antares,
Hope you enjoyed the photos and yes these guys here with me are crazy covering the grounds and they will climb trees and lamppost just to get the coverage. And they don't sleep as long as they have their laptops.

hi cruzeiro,
hahaha yes that is the kolek, kolet, koleg t-shirt he has been wearing around the ceramahs.