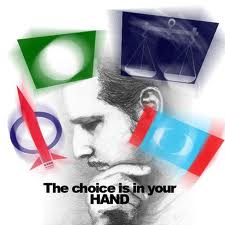 Dr Jekyll and Mr Hyde in PKR by Azmi Sharom

THE last two weeks has seen Parti Keadilan Rakyat (PKR) acting in a way that is akin to Dr Jekyll and Mr Hyde. On the one hand its party elections have so far been conducted in a manner that does not reflect well on it. On the other hand, an event last week showed the vast potential of PKR.

Let’s discuss the party elections first. As far as I know, this is the first time that a Malaysian political party is having direct elections for party posts. That is to say, one member one vote as opposed to party divisions having the vote.

This method is of course far more democratic and should be applauded. It is quite obvious to the outsider, however, that the actual organisation of such a large endeavour was not done with any efficiency by PKR.

It is not easy to run an election with an electorate that goes into the hundreds of thousands, and logistically it does appear that PKR has not done well.

This has led to unseemly fights and arguments, which perhaps could have been avoided if the election process was properly run with mechanisms in place that ensured transparency and accountability.

Admittedly, being the first time that this method is used on such a scale, mistakes will be made and lessons must be learned for future elections. We must also remember that the reports we have been receiving have been lacking in context.

Sure it makes great copy to write about furious rows and breaking ballot boxes, but we are not told how many divisions conducted the elections peacefully and in a civilised fashion. It is possible therefore that trouble only occurred in a minority of cases and proportionally takes nothing away from this experiment.

Be that as it may, PKR cannot deny that this poor running of its party elections does not paint a complimentary picture of it, and needless to say its political enemies have gone to town making the most of the chaos.

I don’t really want to talk about the nature of the competitions themselves, except to say that they have been disappointing indeed.

The kind of character assassinations that has been going on does suggest that PKR is playing old politics and that its top people are not mature enough to not stoop to such crude tactics.

And this is where the Jekyll and Hyde analogy comes in. While all this was going on, very few people noticed the book launch of The Road to Reform: Pakatan Rakyat in Selangor.

This is a book commissioned by the Selangor government and it consists of over 20 chapters by various intellectuals giving their perspectives on how the state government has performed since the 2008 elections.

These writers are all independent-minded and the chapters are by no means a public relations job. They are intelligent and well-thought out. Most importantly, they were critical where they needed to be.

On top of this, the book launch on Sept 27 included a forum where the panelists were very outspoken and (in my view sometimes unfairly) witheringly censorious.

What this shows is that PKR (and they are the main component Pakatan party in Selangor) is willing to face uncomfortable intellectual discourse when examining its own work.

This is amazingly progressive as I am certain no other political party in this country will have the guts to commission a project that gives writers a free hand to be brutally honest about its performance.

This is a level of progressiveness and intellectual honesty that simply does not exist in Malaysian politics; reading the book and attending the forum was like being in another dimension.

The question here, therefore is, which personality is dominant in PKR? The squabbling, crude and crass PKR of the party elections, or the forward thinking, courageous and intellectually honest PKR of the book and book launch?

This is a question that the PKR has to ask itself, but I can tell them which one the voters who gave them their unprecedented success in 2008 want.
Posted by Unknown at 4:32 PM