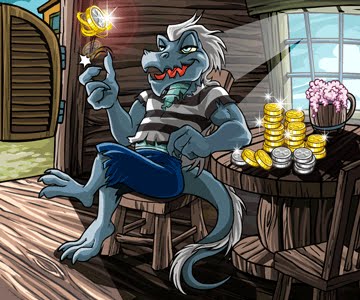 Year in, year out, every year we get reports from the Auditor General that highlights the misdemeanor from government departments, civil servants and government link companies. These reckless acts are deeds of corruptions and that is how it should be interpreted other than the excuse of "bad investment decisions" or "not in compliance of procedures" and etc.

These are criminal acts of corruption against the nation that steals millions and even billions of ringgit  and consistently being highlighted and reported in the annual Auditor General's Report and what actions are being taken? Every year we hear pretense of outcry and anger from the BN government but after a while it's all swept under the carpet.

The MACC (Malaysia Anti Corruption Commission) ask for more time so that it could prove its effectiveness and accuses individuals of dishonesty in discrediting the commission as reported on Oct19 HERE.

This MACC is a big joke, right from the onset it has shown to be a political extension of the BN and UMNO's dirty politics and what of the questionable interrogation and investigation tactics that resulted in the death of an innocent young Malaysian as in Teoh Beng Hock who was being investigated for alleged misuse and purchase of over two thousand ringgit of Malaysian flags?? What a Horror!

Tell UMNO this please you people of this country... that we do not believe that MACC is an independent institution as its appointment and selection of officers are all by and from the government and consist of mostly ex police officers. MACC must be again revamped for it to be truly transparent and independent.

What about the investigation of the former Chief Minister of Selangor who has blatantly flaunt his wealth in the building of his multi million ringgit palace. We have reach the pinnacle of a corrupt society as politicians flaunt their ill-gotten wealth in public without guilt or shame as one example of the recent show-off of a brand new Porsche, ( Edit: Its not a Porsche but a Toyota Alphaard , the Porsche was someone else) by the wife of Liow from MCA. So what has the MACC say to all this?? That they are forever being investigated? And that is just that, "under investigations" that has no conclusion.

My good friend the Admiral Tojo tells me that there are two races in Malaysia, one is of the human race and the other of the "Lizard Race", and than they will sing about unity when they are actually bringing to fore the make believe differences of the people and that in continuation of their division and segregation of the people as they go about their racial play from within their racist party. These are the Lizards.

Read the Sun Report of the Auditor General HERE.

It's the system that is corrupted. Imagining setting a high budget for every little equipment or stationary. How does all that happen?

Simple! It all starts at the beginning. The person writing the specs first work with the supplier to lock in that particular brand. Equipment price hiked up to cover the specs writer. Most of these guys are with the universities.

Budget further hike up to feed those bumiputra companies who qualified to tender for the job.

From a 15k equipment, the govt will have a 90k budget for the said equipment. That's how the system works.

For negotiated tender, a 150M budget for equipment and machinery supplies to equip MICET. Real negotiated cost with suppliers: less than 50M. End of the day, money taken, project incomplete.

MARA forked out another few hundred million to finish it and reclassified MICET under UniKL.

Yearly budget for the learning institutions under HR Ministry, Education Ministry and Ministry of Youth runs up to billion annually.

No, it's not corruption but small technical matter only.

You are right. It has become an annual ritual. An annual farce!

It's quite simple. If they really investigate these frauds it will expose the sewer the civil service has become and the rot in the UMNO/BN administration.

So many will end up behind bars that there will be no honest person left to run their Govt!!

Lizards have forked tongue Hawkeye. They say one thing and do another. Sometimes they do not even attempt to say the right thing and most time they cakap tak serupa cakap.