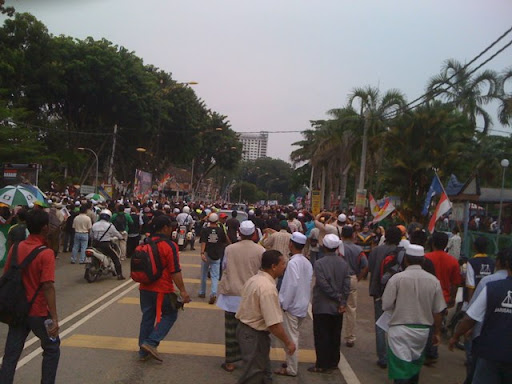 There was a big commotion about 50 meters away from where I was waiting.

Than the Umno people started throwing bottles of water and the catapult went crazy as both sides were throwing at each other as sticks and stones were than thrown.

Later 2 boys were caught and were bleeding from the head. One of the boys were wearing an orange scarf and deem to be an umno boy.

The FRU and police are here and the problem contained but the supporters are still here on both sides. Umno has the orange mat rempit with them.
Posted by Unknown at 11:38 AM

it's been expected that PR voters be scared !