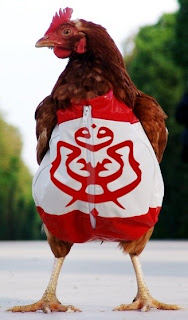 We came and saw, we did and knew, that it was an uphill task with all the machinery and money that was thrown in. This election is a more aggressive stance taken by umno and we saw a bit of it in Manek Urai, Kelantan, remember? In Manek Urai PAS had only won by a slim majority of 65 votes in 2009 when they had a bigger majority of 1352 votes in 2008. PAS nearly lost it in Manek Urai and that was a close call.

What we saw here in Bagan Pinang was the power of money as in Manek Urai, however the win here is the additional money power of Isa Samad and all he had to do is to buy oops! I mean win over another 1000 voters or so, which is nothing as compared to the 2500 delegates from the umno election.

There were much more hooliganism and gangsterism this time around and much more intimidating than in Manek Urai, we had real experiences and witnessed many of such incidents. This was an UMNO stronghold and had held this seat with the added support of the huge army or postal votes, of which there had always been much irregularities and a lack of transparency in the voting process of these postal votes. PAS was denied access to campaign in the army camps whereas UMNO unfairly campaign through the Defence Ministry. And the postal voting process were not fairly quantified and verified by the oppositions and even the independent monitors were not allowed to witness the postal voting process.

Isa Samad won this buy-election with a greatly increased majority of 5435 votes but sadly, UMNO lost. There were much hype and justification on the selection of Isa Samad as a candidate and the media spin that he was a popular candidate much loved by the people of Bagan Pinang was just that, a media spin. In Bagan Pinang any other reasonably suitable candidate from UMNO would have won but in Isa, they had the advantage of additional fire power of his money and maybe his ground networking being a local of the constituency. There was a lot of talk in coffee shops that the local “Tai Kors” and “Penghulus” and “Big Mundehs” were all very happy with the sudden windfall coming about from this buy-election.

UMNO lost in the fight against corruption and with the return of Isa Samad, a politician previously found guilty of corrupt practices in the UMNO party election, UMNO will lose much with this win by Isa Samad, it will be much more difficult to cleanse or change the image of the party which is widely seen as a party of warlords and money, and this win by Isa will only endorsed the strength and power of the corrupt and as any right thinking individual will not seek to be elected after being dismissed for corrupt practices but than again it looks like “UMNO boleh” as in UMNO only the corrupt has the power and money to dictate and all else matters not.

This win by Isa Samad had reinforced the image of corruption of the political party of UMNO. UMNO had endorsed corrupt practices and will not change. Any attempt to change in UMNO will now be seen as purely cosmetic and an act of deception.

And this is not to say that Pakatan Rakyat did well as all the time Pakatan Rakyat is just the only convenient alternative, the battle is just UMNO and UMNO and that is all, if Pakatan wins its just that UMNO lost and not so much as a Pakatan winning. So for now it is still an UMNO's Lost.

Nevertheless, the UMNO machinery was impressive working the grounds, quietly and silently behind the shadows under the moonlit nights of PD. Their crowd was not as visible as the PAS people or supporters but whatsoever, these UMNO people were in constant work all throughout. And even during polling day we noticed dozens of UMNO vehicle tirelessly ferrying voters to the polling booth and my partner Ee Chia constantly reminding me of these private vehicles running up and down the polling centres quietly and silently. And herein lays the difference in expertise and professional work.

what's the similiraty between isa and pkr's zaid ibrahim?
well if you dont know,
let me tell you.. zaid ibrahim was suspended 18 months from umno in 2006 because of money politics during his kota bharu division election.
it's like pot calling kettle black you know. PKR true fighter of corruption? yeah righttttt..

In all honesty I think that some quarters of PR have become arrogant to a point they think they can continue to ride the ripples of the waves created during GE12.

A lot of times they are still acting like a true opposition rather than one that is governing a state, a lot of rhetoric but little deliverable. Some within PR have come to a stage that they think they can go at it alone and don't need the other within the coalition.

We realize that there numerous good personalities within all the parties however the ones in the limelight are the ones in it for all the wrong reasons. This only enforces the 'bogeyman' effect that has previously been utilized to maximum effect by BN.

Considering that yourself and others like Zorro, Haris, Art, Din are in contact with the necessary personalities in those parties, I think you all should impress on them to:-

1)Formally endorse the People's Declaration.
2)Do what is necessary to incorporate what PR did right 10 years ago : RPK - What the opposition did right ten years ago : http://mt.m2day.org/2008/content/view/27078/84/
3)Can't remember the the other article by RPK but its one about getting the right and capable people on policy initiatives, information gathering plus dissemination.
4)PR should do less harping on what BN did wrong etc, etc but more what PR can do and do it right.
5)Go back to the basics of what people expect of you and not just whims of one group only.

Hi anti-hypo,
Suspended and being dismissed is not the same.
The anti-corruption agency is supposed to be an independent institution in the fight against graft. But under umno it is not independent or not seen to be. For it to be fully independent it must be appointed through parliament and made to report to parliament and not to umno.
We hope that under a new govt it can be made so.
As things are today umno controls every institution that made for a democracy and this is not what we want.

Your comment is well noted and rightly presented.
Rightly so the People's declaration were endorsed by the Pakatan parties and through this endorsement we would like to impress upon them to further strengthen and express their commitment to bring this to consciousness and make it a public promise to return democracy to the rakyat when and if they come to power.
We are and shall work towards this direction.
Your comment is most appreciated and we need more to speak up whenever possible.
Thank you.

anti-hypo how can you compare Zaid with Isa? Isa held the pposition of MB for 22 years! and Zaid held no position at all in goverment and Zaid was never covicted at all for any corruption or money politics whereas Isa was convicted and sack from all positions of rank.

anti-hypo,
Comparing the two as similiar is utter rubbish. Isa served 22 years as MB and you know what others who have served in positions for such decades are capable off and have destroyed all future for generations ? Do I have to spell it out ? Sheesh....man where you coming from ? He's there to serve his self interest and that of his cronies. Just drive around PD and you know what I mean. As a tourist town it lacks an awful lot . Putting bantings and decorative pots along roads is easy-pizzy as to upgrading public service, utilities and amenities and encouraging locals ripping-off tourists. Even you can do that, yes ?
Sheeesh !!