The Figures of Bagan Pinang 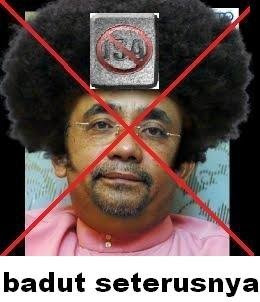 
The Figures of Bagan Pinang

Let’s look at the figures of Bagan Pinang as from the last election of 2008, for this Bagan Pinang state seat will show that there was a voter turnout of 10,527 voters or 77.04% of the total registered voters amounting to 13,664.

Postal votes in Bagan Pinang, makes up a crucial 40.55% of the total voters turnout of 10,527 voters as in the 2008 general election and is a significant force and that the Election Commission must be seen to be independent, transparent and fair, and address any complaints or disputes and seen to be honest and of the highest integrity and be accountable to the people of this nation.

In this Bagan Pinang by-election the Election Commission is under the spotlight and will need to address the long time grouses and complaints from the people as to their independence and EC should open up and be transparent and truthful to the people and country.

"Should the postal votes be abolished as we are not at war or in emergency. It was meant for our servicemen in the jungles during the Emergency and the war against the communists."

Read "We Want A Clean and Fair Election" HERE
Posted by Unknown at 11:17 PM

Man, you are a WIZARD with figures! What brilliance! A great pleasure to benefit from the wealth of data at your disposal - that's the real trickle effect! :-)

I believe at least half the troops are sick and tired of Umno's hypocrisy, arrogance, and bullying tactics. If they could quickly increase the size of their testicles, PAS will scrape through to VICTORY!

I think so too, that the soldiers will vote against umno in a clean and fair election.

Lets see what happens as the voting results can tell a lot of stories.