Rise of the Warlords 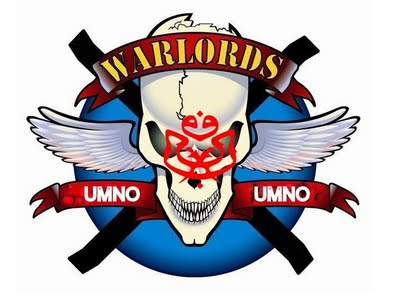 "Democracy are Preach by Many but its Fundamental Principles are Seldom Followed and More Often Interpreted and than Imposed Upon."

The UMNO general Assembly has adopted the amendments to the constitution without much debate and the primary amendments will see an increase to the number of voting delegates from 2,510 to 146,500 delegates.

The major complaint in UMNO is corruption or as they would like to put it as "money politics" of which umno has claimed is not the same as corruption, and could even be referred to as a "technical matter" when referring to Isa Samad, the recent candidate for the Bagan Pinang by-election who was convicted of money politics.

There is no short cut to democracy and in a proper democracy the power is vested in the people or in this case the members of the party and every individual members must possess formal equality of right and privilege. Until and unless there is open, free and fair electoral process to be extended to every single member, there can be no democracy.

The problem in UMNO are the en block delegates votes that the warlords control and you can't curb their influence by giving them more delegates, it will be like giving them more ammunition for their weapons. Instead of just taking away the delegates system, they have extended it further. This is not problem solving but adding fuel to fire.

"So the Warlords will still Reign Supreme and are Powerful Brokers."

Same wolf who shed its sheep clothing for a crocodile's!

wow zorro,
this wolf can keep changing or just an illusion..